The 12 MLAs were appointed as parliamentary secretaries by the BJP government. in Manipur. 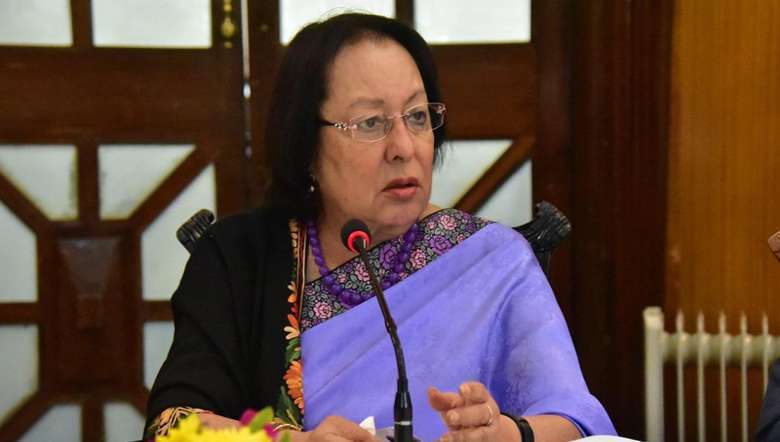 The Manipur Congress party said it will move state Governor Dr. Najma Heptulla for the disqualification of 12 MLAs who were appointed as parliamentary secretaries by the state BJP-led government.

The division bench of the HC passed the order on Thursday based on the ruling of the Supreme Court in the case of Bimolangshu Roy versus state of Assam. The petitions filed by four persons, including two Congress MLAs in 2018 challenging the appointment of parliamentary secretaries at the same time quashing the Act.

Congress MLA K. Meghachandra Singh, in a statement welcoming the judgment said the BJP led Manipur Government has been proven to have committed illegal and unconstitutional acts in appointing the 12 MLAs as parliamentary secretaries.

“The Congress party had strongly protested in the Manipur Legislative Assembly against the Repealing Act of 2018 and its saving clause. BJP Government wanted to protect the illegal acts in appointing the 12 Parliamentary Secretaries by inserting the saving clause, but the Manipur High Court completely quashed the Repealing Act as a whole. Today, the high court’s order vindicates the illegality and unconstitutionality done by the BJP Government in Manipur," said Meghachandra.

“The 12 MLAs who were Parliamentary Secretaries must be disqualified because they enjoyed office of profit from 2017 onwards and during their tenure as Parliamentary Secretaries. The office of profit comes in because their salaries, allowances were withdrawn from GAD (General Administrative Department), Manipur, said the opposition MLA”, said Meghachandra.

Moreover, official vehicles, staffs, drivers and office rooms were allotted to them by GAD, Government of Manipur. Therefore, under Article 191 (1)(a) of Constitution of India, all those 12 MLAs should be disqualified as they held office of profit, he continued.

The opposition Congress is likely to submit a representation to Governor of Manipur with regards to their demands on Monday.