It’s all about timing

The giving of loans to 1269 vendors of different districts was Manipur CM Biren's perfect birthday gift for PM Modi and perfectly timed. 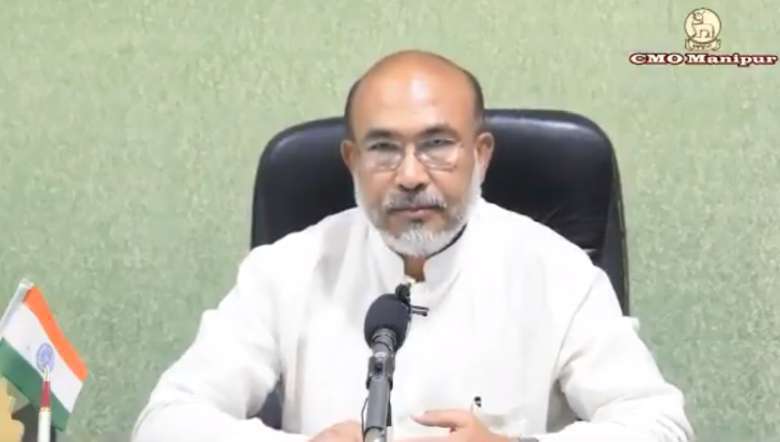 This is not the first time that Chief Minister N Biren Singh is distributing loans to the market women, who had been devastated by the pandemic and consequent lockdowns. He had already distributed loans to a total of 817 vendors of different districts on August 25, 2020.

PM-SVANidhi was launched by Ministry of Housing and Urban Affairs on June 15, 2020. It is a special micro credit scheme for providing affordable working capital loan to street vendors to resume their livelihoods that have been affected due to COVID-19 lockdown. The scheme is valid until March 2022. Under this scheme, the street vendors, who were vending within the limits of an urban local body as on 24th March, 2020, can avail working capital loan of up to 10,000, which is repayable in monthly installments within the tenure of one year. On timely and early repayment of loan, an Interest subsidy @ 7% per annum will be credited to the bank accounts of beneficiaries through Direct Benefit Transfer (DBT) on quarterly basis.

The banks could have carried on the exercise, as the targeted number of beneficiaries are about 20,000. But, N Biren Singh chose to do it again on September 17, on Prime Minister Narendra Modi’s birthday. A total of 1269 vendors of different districts availed loans that day. While everyone was busy with the party mandated Seva Saptah, he came with an idea of his own to celebrate the leader. It was a perfect birthday gift and perfectly timed.

The Prime Minister seems to have been touched by the gesture and thanked the Chief Minister for ‘empowering the street vendors’ from his personal Twitter handle.

As they say, politics is all about timing and the right moment to do something which everyone does at other times. He was also the first Chief Minister to follow up on the announcement of Atma Nirbhar scheme of the Prime Minister quickly, by urging the banks to provide the much needed working capital to the beleaguered MSME sector of the state, a few days after the announcement. Perhaps, this sense of timing ultimately led him to the chair of the Chief Minister of the first BJP led government in the state, although a newcomer in the party.

Now, we have to see what kind of magic he pulls out of the hat to compensate the daily wagers, the plight of thousands of people in both the private and unorganised sector, and of course, the poor and needy, as the market women and street vendors have already been taken care of, to a large extent. Also, the Start Up scheme of the government was recently revised to encourage more entrepreneurs and also to accommodate the returnees, who had suffered job loss due to the pandemic. We had earlier suggested introduction of a special social security scheme to make amends for the loss of jobs and workplace among the general population, also. Well, we understand the state is poor in resources and has to depend to the Centre for such schemes. The government at the Centre is now even reluctant to release GST revenue to the states and many are crying foul. But then, the skilled and talented youth is only viable resource and we have to do something to nurture them and channel their tremendous energy in the right direction, and thereby avert an unemployment crisis at this time. Let the experts do the brain storming sessions and come up with a viable solution. But, the government has to facilitate it.