The MGNREGS employees have been on cease work strike demanding regularisation of their service. 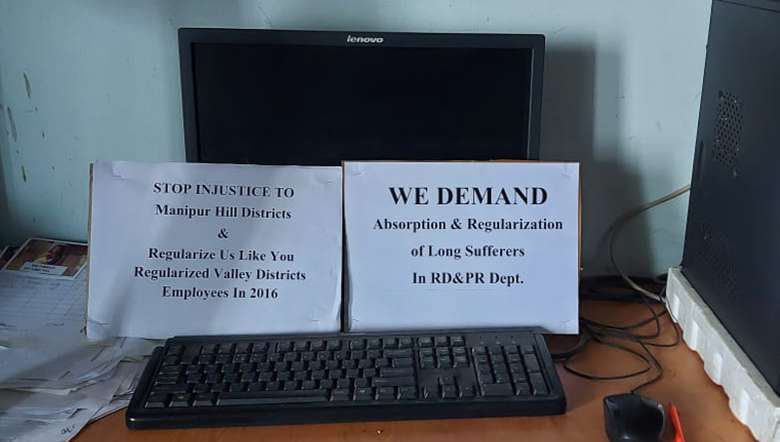 Banners and placards which read "stop injustice to Manipur hill districts", "Regularise us like you regularised valley districts employees in 2006", "MGNREGS staff will shun from work until our demand is fulfilled" and others were used in a sit-in-protest at the conference hall of DC Tamenglong on Friday.

Speaking to the media on the side of the sit-in-protest, Kamei said that Tamenglong has had 15 staff members working since 2006.

Several memorandums had been served to the state government pushing for regularisation of the service but it went into deaf ears, he added.

"We have no option left except to cease work. We will continue our cease work strike till our demand is fulfilled," Kamei said.