World Bamboo Day: 'Establishment of Bambusetum is in pressing need in Manipur'

The World Bamboo Day was jointly organised with the Apunba Imagi Machasing (AIMS) and Manipur at CSIR-NEIST Branch Laboratory, at Lamphelpat, Imphal. 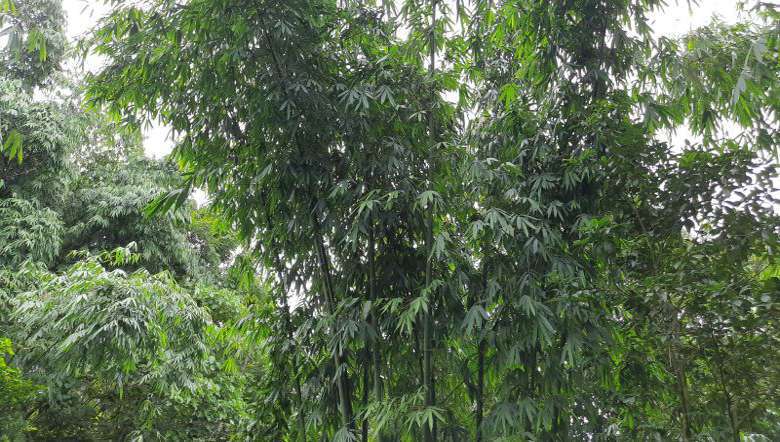 Highlighting the significance of bamboo in Manipuri society, senior principal scientist, CSIR-NEIST, H Birkumar has stressed on the urgent and pressing need for establishment of a Bambusetum in Manipur. He was speaking during the observation of World Bamboo Day on Friday which was jointly organised with the Apunba Imagi Machasing (AIMS), Manipur at CSIR-NEIST Branch Laboratory, Lamphelpat, Imphal.

The senior principal scientist said that bamboo is a traditional resource of Manipur having wide utility needs from child birth to death.

“Although Manipur harbours a diverse species of bamboo, no sustaining way of cultivation and conservation is taken up. The economy of the state will depend on the rich biological heritage of the state where bamboo is an important component,” he stated.

“We have plenty of bamboo varieties in our state and it is highly used in different traditional forms. In 1992- 1993, the International Network for Bamboo was interested in the bamboo resources of Manipur and Tripura but we failed to take the opportunity. Now we need to think about the future economic development of bamboo which could be a potential resource. A scientific roadmap needs to be established,” he said.

The programme is celebrated to raise awareness of the benefits of bamboo and to promote its use in everyday products. Bamboo is a viable replacement for wood. It can be harvested in 3-5 years versus 10-20 for most soft woods. It greatly reduces erosion with a sum of stem flow rate. Bamboo is the fastest growing plant on this planet. It has been recorded growing at an amazing 47.6 inches in a 24 hour period. Bamboo can also tolerate extreme conditions that most plants cannot. It was actually the first plant to re-green after the atomic blast in Hiroshima in 1945. Considering health benefits and it's immune boosting properties and also good for respiratory problems, the observation of World Bamboo Day is very appropriate during COVID-19 pandemic, he added.

In Meitei tradition, once a baby is born, the baby is kept into a ‘yangkok’ which is made of cane and bamboo. Bamboo is needed during childbirth, marriage and death in Meetei/Meitei society. Bamboo is closely associated with the tradition of Meeteis and the Meeteis have a separate ‘puya’ for bamboo called "Waron" as mentioned by N Ratan Meetei of AIMS.