Developmental works should not be politicised by anybody, the chief minister said on Friday. 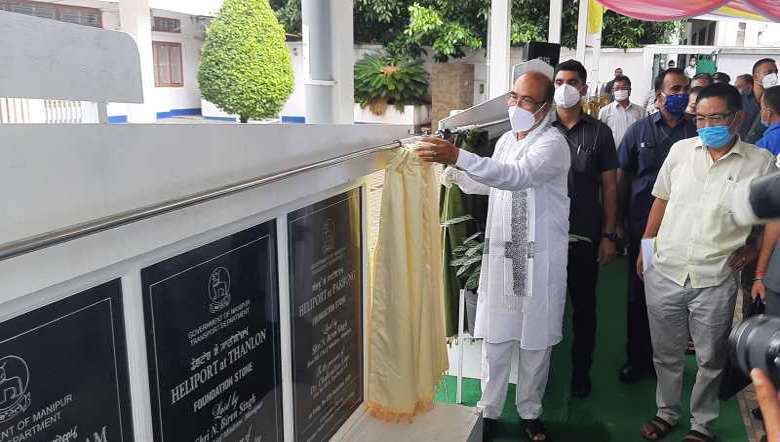 Manipur Chief Minister N Biren Singh on Friday inaugurated five projects under home, police and planning department and laid the foundation stone of 46 projects under different departments, at the chief minister's secretariat in Imphal on Friday.

Speaking at the occasion, Biren said developmental works should not be politicised by anybody. The state government is giving priority to development of hill areas because hill districts are less developed as compared with valley districts, he said.

After Go to Hills has been initiated by the present government, various developmental projects are being taken up in different hill districts in the state, with the focus on specific works and areas. After completion of all the projects which includes transit accommodation for nurses, doctors, teachers, there would be no problem for doctors, teachers and nurses working and posted at hill districts, Biren said.

Regarding Henglep Road, the chief minister clarified that a Rs 14-crore project in 2016 halted midway after a good progress at initial stages because of a complaint letter from a former MLA to the North Eastern Council. However, work for this project would begin soon, Biren said.

Commenting on the Hill Area Development Programme, the chief minister said that such a project was not implemented in the country in the past. However, the Centre introduced the programme after the present state government appraised the Centre that topographical need based budget is needed to bring equal development in hill and valleys, he said.

Of these, the chief minister said, accommodations at Churachandpur, Singhat and Borobekara have been inaugurated today while works at the remaining places would be completed by December this year.

In order to provide air connectivity to interior areas of Manipur like Thanlon (207 km), Parbung (310 km) etc. at an affordable price and to boost air tourism, heliports would be constructed at Tamenglong, Thanlon, Parbung, Moreh and Jiribam, Biren said.

The projects, which were inaugurated by the chief minister, are Transit Accommodation for doctors and teachers at Singhat, Churachandpur headquarters and Borobekra (Jiribam), 100 SM two-storeyed barrack with toilet facility at Manipur Police Training College, Pangei and Model Police Station at Porompat.