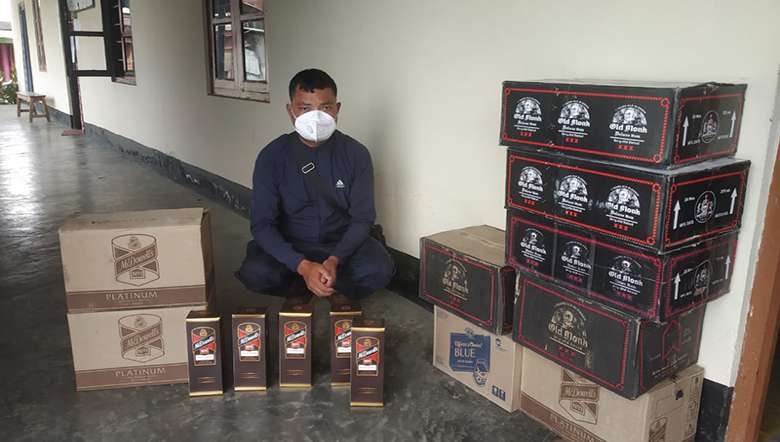 Manipur police seized a huge cache of premium Indian Made Foreign Liquor (IMFL) and arrested one person involved in the case at about 11.30 am Tuesday from Imphal West.

Police said the person has been identified as one Ningthoujam Bitin Singh, 30, son of late N Bogeshor Singh of Nambol Thongkha, Bishnupur district.

A state police team led by assistant sub-inspector of narcotic cell Imphal East, W Surankumar Singh apprehended Bitin from North AOC near Fashion Dresses along with two cases of 750 ml, three cases of 375 ml of Old Monk; one case of 375 ml OC Blue and three cases of 750 ml McDowell. The seized IMFL would be worth about Rs 50,000 in the local market.

The police team also seized one Hyundai i10 car bearing registration number MNOIG-8716 white in colour that was used while transporting the IMFL.