The appeal was made by the state police department to the village chiefs during an extensive meeting held at the police headquarters (PHQ) in Imphal on Tuesday. 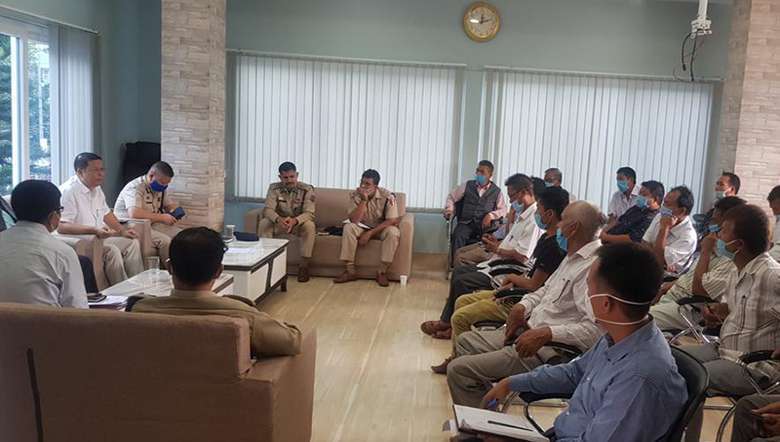 Manipur Police has appealed to the village chiefs of Kangpokpi hill district to furnish alternative means of livelihood in place of illegal poppy and cannabis (ganja) cultivation to the concerned district superintendent of police.

The appeal was made by the state police department to the village chiefs during an extensive meeting held at the police headquarters (PHQ) in Imphal on Tuesday. The meeting was organised in an effort to prevent illegal poppy and cannabis (ganja) cultivation in the district.

The village chiefs were appealed not to cultivate, encourage or co-operate on poppy cultivation, instead they were told to co-operate with the state police in the drive against drugs with the aim to make a drug free state.

Chiefs of 16 villages of Kangpokpi district, who attended the meeting, shared their grievances and strongly requested to provide alternative means of livelihood and development works in the villages.

During the meeting, the police department also spoke about the penal provision under NDPS Act for involvement in poppy or cannabis cultivation.

The meeting started at 11.30 am and continued till 1.30 pm. Such meetings will continue with the entire village chiefs where poppy or ganja are cultivated. Another such meeting will be held on Thursday at 11.30 am at PHQ, Manipur, the police said.