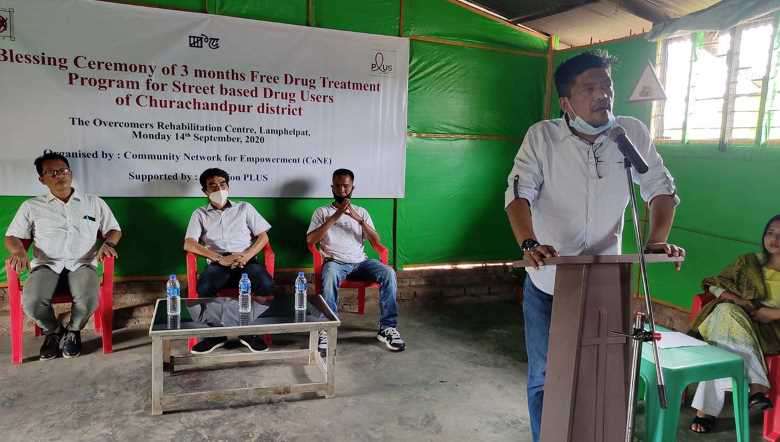 Presenting keynote address in the function, president of CoNE, RK Nalinikanta said that there is a dire need to conduct detoxification camp or treatment camp by the state government during the time of eventuality such as political unrest, pandemic etc.

Drug abusers face various challenges during such periods due to urges for the substance they abuse. The state government should include this kind of programme in Manipur State Drug Policy, which is on the verge of implementation, he added.

He also said that COVID-19 outbreak has created lots of challenges to drug users. Though the state government has imposed the lockdown to prevent corona transmission however such mechanism enhances mobility of drug users in search of substance. The situation may lead to spread of COVID-19 among drug users and to curb such scenarios, the camp is organised, said Nalinikanta.

He further said that this is not the first time such camp is being organised, CoNE along with NGOs had earlier conducted similar kind of camp four times. The organisers also expected that the state government may take up the responsibility of conducting such camp, however the authority concerned fails to do so till date, he added.
The presidium members who attended the function were secretary of CoNE, RK Komoljit and president of Overcomers Rehabilitation Centre, Sagolshem Herojit Singh.