The Regional Institute of Medical Sciences celebrated its 49th Foundation Day on Monday. 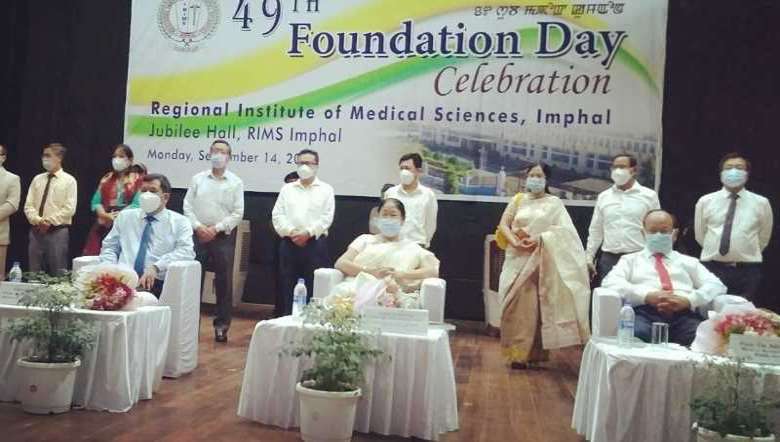 The Regional Institute of Medical Sciences (RIMS), Imphal is undergoing a major makeover with the focus to scale higher targets in the healthcare sector which is evolving rapidly, particularly in the wake of health crisis situation facing the state owing to the COVID-19 pandemic. The institute has become more focused towards education and patients care services over the years, the hospital authority said as it celebrated its 49th Foundation Day on Monday with director of RIMS, Professor A Santa Singh as the chief guest of the function.

“The bigger picture is to make healthcare more accessible and affordable to our populace,” Professor A Santa Singh said.

As a part of the renovation and innovation of RIMS makeover, the surgical ICU has been renovated and improved and an A Level 1 Trauma Care Centre (with ICU and HDU facility, centralized pipelines for medical gas, suction, gas manifold, two operation theatres) have become functional, RIMS stated in a release. It stated that a 10-bedded new dialysis centre with a haemodialysis machine is ready for functioning. More rooms in the paying ward have been upgraded.

A new 3-tesla MRI machine is currently under installation in the new OPD building and is expected to be operational in a few weeks’ time, it stated. It also mentioned that the institute has carried out a number of construction works, major repairing and renovation works. Some of the assets created are a public washroom facility near Dental College OPD, OT for the Obs and gynae department, it added.

Compound walls, roads, footpaths have been constructed at different areas of the campus, it stated. Despite many constraints, RIMS is fully committed to complementing the government effort of reducing the maternal and child mortality rate and furthermore, controlling the spread of preventable diseases, it also mentioned. To this effect, the institute is implementing many schemes such as PMJAY, JSSK, JSY, RBSK, CMHT, RCC etc, it added.