A reception programme was organised at the Congress Bhavan Imphal in the presence of MPCC leaders on Monday. 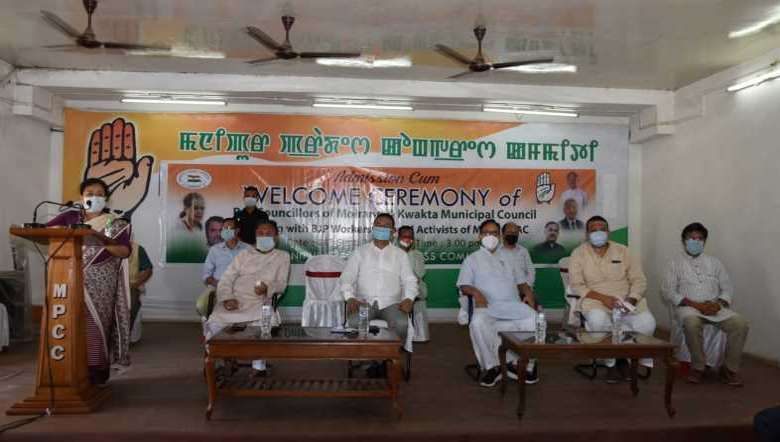 In a boost to the Congress party, a BJP councillor and two members of Moirang Municipal Council Ward No 2 along with their workers and another BJP councillor and a member of Kwakta Municipal Council Ward No I along with their workers, including former chairperson of the council, joined the Manipur Pradesh Congress Committee on Monday.

A reception programme was organised at Congress Bhavan imphal in the presence of MPCC leaders to welcome the new members.

For Kwakta Municipal Council, councilor of Ward No.1 Md Azad Khan and member Md AbdulHassan along with social worker of Ward No.6 M Ziauddin (Oja ZIa), former chairperson of the municipal council Md Emamuddin (Nahatimba) along with their workers joined the state Congress.

Speaking at the reception programme, president of MPCC Okendro said that the BJP should stop making false promises and fooling the people. Many BJP supporters have joined the Congress party within the past few months because they believe in the ideology of the Congress.

Under the present government, local urban bodies such as the Municipal councils who are supposed to be self-governed have been controlled by the state government, said Oken. He added that any  governance based on religion will not last long in a secular country.

Oken further expressed confidence that the Congress party will dominate the upcoming municipal election and even the assembly election.

He also alleged that untimely release of funds under the present government has hampered development works in different areas.