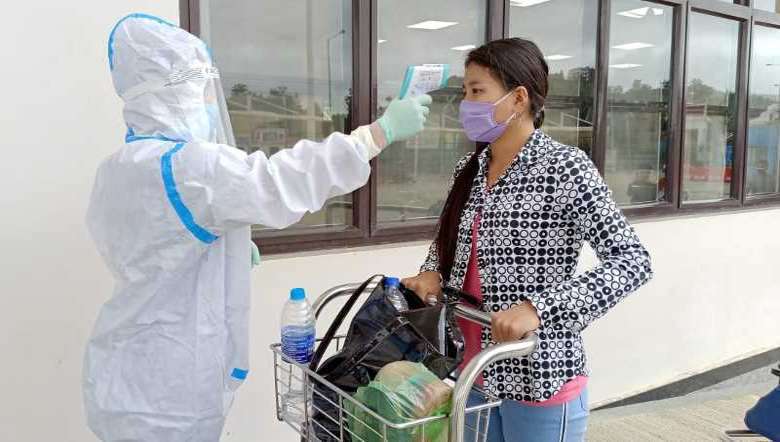 In May, a case was registered against the father of a woman who tested positive for Coronavirus (Covid-19) for concealing his daughter’s illness and misleading the health department officials who had gone to his house to get her admitted to the isolation ward in SN Medical College and Hospital.

The woman, who lives in Agra Cantonment railway colony, had travelled to Italy for her honeymoon. After the couple returned, her husband tested positive for Covid-19 in Bengaluru, while she returned to her family here. The case was registered under Section 269 (unlawfully or negligently doing something which is likely to spread infection of any disease dangerous to life) and Section 270 (malignant act likely to spread infection of disease dangerous to life) of the Indian Penal Code at Sadar Bazar police station. A 22-year-old woman doctor, who is based in Mumbai, has been booked for allegedly hiding her COVID-19 positive status and travelling to her hometown in Gujarat’s Kutch.

She was declared positive for COVID-19 infection on May 4 in Mumbai. Despite having knowledge of this, she travelled to Bhuj on May 5. Two returnees from Chennai, a 38-year-old Kollengode native and a 27-year-old man from Kavassery, entered Kerala via Walayar hiding the fact that they had jumped quarantine in Chennai. The two were booked for not declaring that they were primary contacts of a Covid-19 patient.

It happens. But, it is a crime to hide one’s travel or contact history and Covid positive status in Corona times as it endangers the lives of other people and the society as a whole. There are several cases of people hiding their travel history or Covid status or other antecedents. It is not surprising in the case of ordinary people who for fear of being stigmatised or because of some criminal intention hide their travel history or Covid status or even suspicion of one’s status, although it is a crime.

When government ministers or MLAs become infected with the virus, it is required of them to disclose or announce their status to the general public, as they are public leaders and come in regular contact with the general public everyday. We have seen Chief Ministers and ministers announcing their Covid status to the public through the social media network. Even the Union Home Minister Amit Shah announced his status, the moment he came to know of it. That is called responsibility. Even the state Social Welfare Minister Nemcha Kipgen announced her Covid positive status in the social media as soon as she came to know of it, while cautioning those who came in contact with her in the last few days. This is what normal and responsible people do. But, the public leaders have a greater responsibility towards the public.

So, it becomes a criminal act when a government minister handling so many important departments decides to hide his contact history. The news of Works Minister Thongam Bishwajit Singh testing positive for Covid 19 came when he was attending a mega event of Start Up Conclave at the City Convention Centre, Imphal along with the Chief Minister N Biren Singh and several other ministers and MLAs on September 11. He even gave away cheques to some of the selected entrepreneurs including the famed designer Robert Naorem. The samples of his family members including himself was collected the previous evening, after one of his drivers became positive.

Now, the question is, why did he come to attend the function the next day with full knowledge of his contact history with a Covid 19 positive person, putting everyone in close contact with him at risk and in danger? What exactly was his intention in attending the public event? Was it because of his ignorance of the standard operating procedures announced by the government? Being such an important minister, we have to assume that he is very much aware of it. Later on, after getting the positive result he did not even care to declare it himself in the media. This is indeed bizarre. Given the circumstances, it will be worthwhile watching how the government or for that matter the party acts or reacts to such conduct or behaviour. But, it is certain that, the opposition party Congress will raise this issue to the hilt, with by-elections at the doorstep.