In the true sense, there can be no culture called ‘Manipuri Culture’ 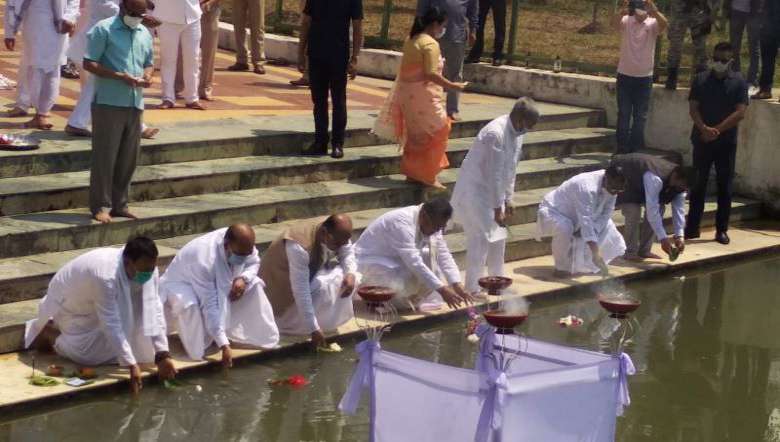 It can be unequivocally asserted that there is no racial or ethnic group that does not have its culture. There is no one who does not belong to a racial or ethnic group. Meitei or Meetei is one of the ethnic communities of Manipur with greater number here though it is a true minority in national and global contexts. The settlers of Manipur, irrespective of their belongingness to different ethnic groups, are popularly and commonly known as the Manipuris collectively. In this context the term ‘Manipuri Culture’ is a fallacy.

Culture is group or community specific (ethnic, linguistic, religious, settlement, occupational, etc.), but it is not territorial group specific. When people say ‘rural culture’, ‘urban culture’ ‘tribal culture’, ‘Buddhist culture’, Islamic culture’, etc. relevance of territorial boundary is overlooked. However, when we say ‘Indian culture’ we, generally, refer to a macro culture often representing culture of the majority or dominant community. It, then, leads to shrinkage of cultural identities of other cultural or ethnic groups. It is, therefore, a logical inference that other cultures are shrouded by this statement. With this philosophical underpinning the term ‘Meitei Culture’ is being used instead of ‘Manipuri Culture’.

Art forms are construed as culture in laymen’s view. However, this is not true in academic parlance since there is a specific term ‘Culture’ in the vocabulary of English language. Culture encompasses three categories –Ideological, Behavioural and Material. Art forms and their products belong to behavioural and material cultures though they have underpinning of ideological culture. They cannot be, in the true sense, equated with culture per se. Culture is complex and it overarches ideological things, behavioural things and material objects concomitant with an ethnic or a racial group persistently for a considerably long period of time. A single category, therefore, cannot represent it. A gestalt perspective is imperative.

Our ethnic group is mesmerized by an ethnocentric expression- “Rich Manipuri Culture”. In the true sense, there can be no culture called ‘Manipuri Culture’. It cannot be seen as idiosyncratic when it is asserted that a number of people are skeptical /sceptical about the veracity of the phrase ‘Rich Manipuri Culture’ against the backdrop of true meaning of culture and reference for comparison of cultures (ours vs others). No doubt, we have some rich art forms. So, it is not wrong to say that we have rich art forms. Here also a gestalt perspective of all 9 (nine) art forms is called for.  Earnest appeal of the writer, in this context, is –“let us not be complacent listening to the music of others who have hidden motive to mesmerize us with their music”.

Another aspect of the proposition is that review of old cultural evaluations is to be done objectively. If we are to categorize things as good and bad or poor and rich, some form of comparison is to be done. Without a comparison such categorization cannot be done outright. Question is, what is the reference for comparison in drawing a conclusion that our culture is rich? A getaway from our myopic mental vision is imperative. We have lost a lot! In this context, earnest appeal is that a redefinition of culture is naturally called for. Mere ethnocentric expression is not appropriate in this highly competitive globalized world. We are not supposed to give up ethnocentrism because we can’t give it up. However, reality is to be realized and we are to act accordingly.

Our culture is a hybrid culture. Everybody will accept it. Besides, claim for purity of a particular culture is considered as an absurd thing nowadays. Seven years devastation of Manipur; coming of Hinduism in Manipur; British colonization of Manipur; and strong storm of modernization in Manipur make our cultures hybrid. In a sense, purification of this hybridity is rather unthinkable. Nevertheless, culture can be changed. It is not static. Deliberate attempts for the change of culture were seen in the past. Likewise deliberate attempts are to be done to save and enhance identity of our national and global minority ethnic group ‘Meitei’. Such appeal was also done by the writer in his earlier article “Cultural Steering”.

We are ought to be pragmatic in thought and practice. In this regard we are to emulate the Americans. Short cut categorization of Meeteis/Meiteis as Manipuris has no use. Except for indicating territorial belongingness, it is to be rejected because it blurs our identity. Manipuri is not an ethnic group. It is a territorial group encompassing some 35 ethnic groups. It also tends to change whenever we are to migrate to other country or state. Bangladesh Meitei, Myanmar Meitei, Assam Meitei, Tripura Meitei or Bangladeshi Meitei, Myanmarese Meitei, Assamese Meitei, Tripuri Meitei, Meitei Bangladeshi, Meitei Myanmarese, Meitei Assamese, Meitei Tripuri, so on and so forth are correct terms. They are no more pseudonyms. India is a vast country. Foreigners cannot recognize or differentiate about 2000 ethnic or racial groups of India. As a short cut, we are called Indians on the basis of our territorial belongingness. If possible, we are to tell the foreigners that we are Indian Meiteis or Meitei Indians for the sake of our identity. There is no harm.

Ideological culture is the foundation of other forms of culture. It constitutes major component of culture. Ideas, beliefs, faiths, knowledge, etc. specific to Meitei community are included in Meitei culture, more categorically, in Meitei Ideological Culture. However, it is rather a hard task to draw demarcating lines between Meitei specific ideological culture and outgroups specific ideological cultures though culture is, basically, racial or ethnic group specific. This is universal for almost all cultures of the world. Elements of both peculiarity and universality are built in characters of culture. It is also well known that our indigenous ideas, beliefs and knowledge enshrined in the Puyas, sacred scriptures have been hybridized with the coming of Hinduism in Manipur. Syncretization of beliefs in “Yek Salai” system and ‘Gotra’ system among Meitei Hindus is an example.

Meitei specific behavioural culture is exposed in speaking and writing our language; in performance of several indigenous art forms; in the practice of different occupations; in making and producing of several material objects; in the performance of customary and religious practices; etc. Expression of Meitei specific behaviours can be seen in such a number of practical things. These are included in our behavioural culture. However, elements of universality can also be seen in such expression too.

There are several dance forms in the world. Meitei dances deserve appreciation. We are not less than others in this aspect of behavioural culture. We have our own indigenous dance as well as hybrid one. Philosophical basis of our ‘Ras Lila’ is not indigenous but performance of the dance i.e., behavioural aspect is indigenous. Undoubtedly, it is a symbol of hybridity. Panthoibi Jagoi, Leima Jagoi and Leishem Jagoi, for example, are indigenous in both ideological and behavioural aspects.

It is, however, noteworthy that these categories of culture are overlapping and complementary to each other. Watertight compartments cannot be made. They are units of a complex whole. Just like the pomegranate fruit and its chambers inside, culture has its categories and sub divisions encapsulated. A gestalt perspective is imperative to understand the complex thing.

Ethnocentrism, generally, underpins cultural evaluation in most of the cases. It entails subjectivity in value judgment. It is to be avoided provided logical evaluation is to be done. Comparison of these three categories of our culture with those of outgroups cultures is to be done objectively by shunning ethnocentric comparison. We are supposed to examine other cultures and it is imperative for everyone of us to uplift ourselves so that no outgroups can surpass us. Remember, groups are in perpetual competition in a multicultural society like ours. Without understanding the difference truly, a roadmap for uplifting ourselves cannot be drawn.