A case has been registered against two persons for possession of drugs worth crore of Rupees at Tengnoupal Police Station. 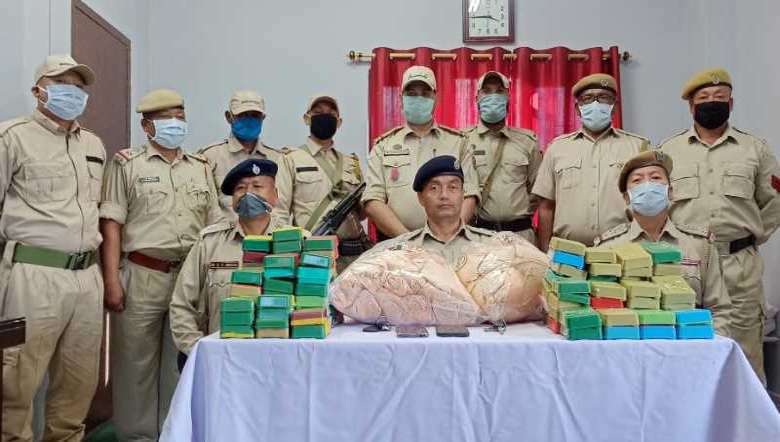 A total of 103 packets of Brown Sugar that weighed1.296 kilograms estimated to worth Rs 2.59 crore in the international market were seized and two persons arreted by the Tengnoupal District Police on Friday.

Briefing mediapersons at a conference held at the office of the Superintendent of Police, Tengnoupal district, SP Th Vikramjit Singh said that a team of Tengnoupal district police led by officer in-charge John Lamkang of Tengnoupal Police Station were conducting routine checks when a Maruti Alto car, bearing registration No. MN05A 9725 came from Moreh towards Imphal around 2 pm. When checking the vehicle, 53 packets of Brown Sugar were found, he said.

Singh said that the person who was carrying the drugs, identified as one Md Salim khan,27, from Sora of Thoubal district, has been arrested.

At the same day at around 5:30 pm, teams of police and commandos also seized another 50 packets of Brown Sugar while checking another Hyundai Verna Car bearing registration No WB 26R 5634, he said.

A case has been registered against the two persons at Tengnoupal Police Station, for further legal proceedings, he added. The teams were rewarded with cash incentives for their action against drug smugglers, Singh added.