Protest held against alleged rape of minor in Chandel 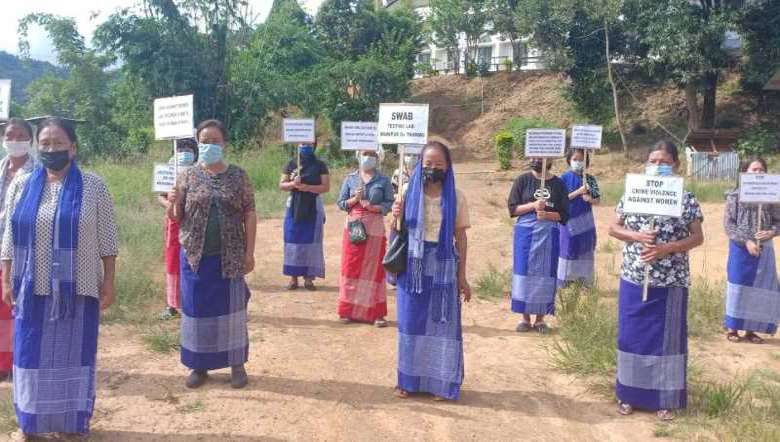 Placards which read ‘Stop crime violence against women’, ‘We condemn the brutal torture and killing of 14-year-old girl’, and ‘Provide a white paper on crime against women and children” were some among others raised by the women protesters.

Speaking to the media, general secretary of the Widows Welfare Society Chandel Bs Shanglum condemned the incident in the strongest terms and demanded arrest of the alleged rapists involved and stringent punishment for their inhumane act.

She said the culprits involved in the heinous crime should not be spared and asked the government to look into the matters so that such incidents do not recur. She also said it is very unfortunate that girls have no place in the society.

“The girls deserve a secure and safe environment where they can live, learn, study, go to school and colleges as it is not possible for parents to follow their girl child wherever they go,” she added.