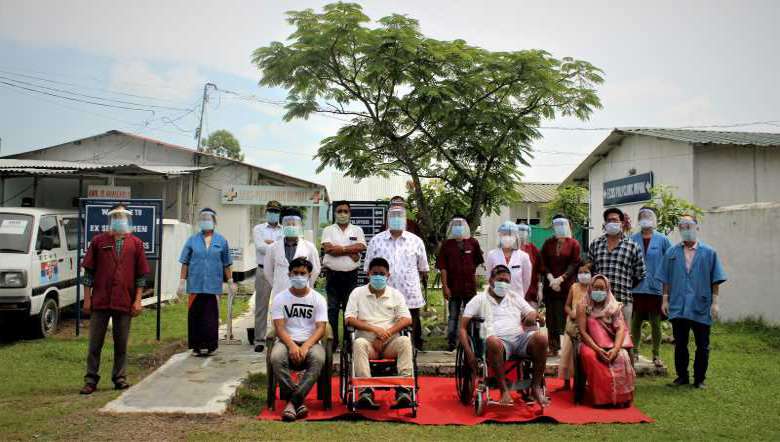 Two manual self-propelled, folding wheelchairs were gifted to two veteran soldiers, who were in non-ambulatory state due to physical challenges, by the members of AFESAM (Armed Forces Ex-Servicemen Association Manipur), through the office of its Healthcare Polyclinic based in Imphal.

One of the veterans is Havildar ‘Ibungo’ (name changed), suffering from physical challenges due to an accident, stated a release. His condition was further compounded by successive seizures while at home, it added.

The other veteran is Havildar Md Alamgir (name changed) who suffered spinal injury after falling from a height, it stated. He is living with partial paralysis of the lower limbs, it added.

It stated that both of them have been advised to use wheelchairs for day to day ambulatory purposes. The mechanical aids will help them ease their unfortunate and unending pain, it stated. A third veteran had also been provided with similar medical equipment (wheel chair) who had suffered gunshot wound injury spine with paraplegia, while on tour of duty in the LOC, it added.