World Suicide Prevention Day 2020: How can we reach out to a suicidal person?

Suicide prevention remains a universal challenge. Compassion for others can help prevent suicide. 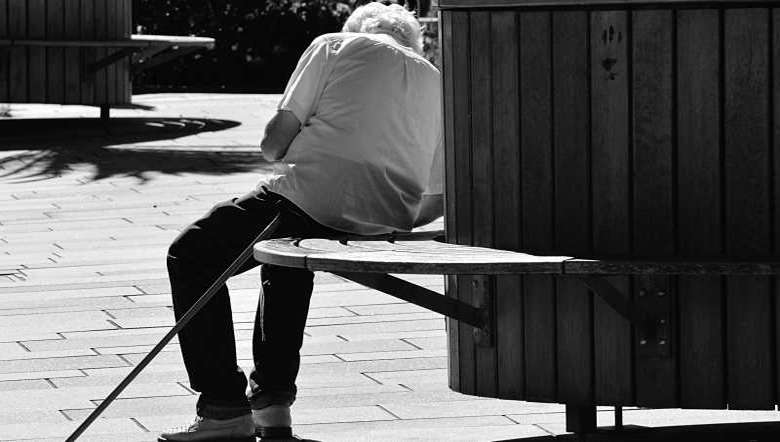 The World Suicide Prevention Day (WSPD) is observed on September 10 every year with the aim to promote worldwide commitment and action to prevent suicides with various activities around the world since 2003. The aim of this day is to create awareness among people that suicide can be prevented.

The International Association for Suicide Prevention (IASP) collaborates with the World Health Organization (WHO) and the World Federation for Mental Health (WFMH) to host the World Suicide Prevention Day. The National Mental Health Programme, National Health Mission, Manipur is organizing awareness campaigns at state and districts levels of Manipur. Various suicide prevention activities have been initiated across the 16 districts of Manipur. Various programmes have been planned for this day. Some of the activities are observation of the day along with various stakeholders, essay writing competition, painting competition, miking at various places during the month, distribution of posters, skit show, media briefings, release of awareness video on suicide prevention, TV Talks etc.

This is the third year that the World suicide Prevention Day theme “Working Together to Prevent Suicide” is being used. This theme highlights the most essential ingredient for effective global suicide prevention.

We all can contribute in preventing suicide just by being compassionate and reaching out to others.

Suicide prevention remains a universal challenge. Every year, suicide is among the top 20 leading causes of death globally for people of all ages. It is responsible for over 800,000 deaths, which equates to one suicide every 40 seconds. Suicide is the second major cause of death among young people 15-29 years of age. The most common methods of suicide are ingestion of pesticide, hanging and firearms globally.

As per the WHO records, though women are more prone to suicidal thoughts than men, rates of suicide are higher among men. On an average, there are about three male suicides for every female one – though in parts of Asia, the ratio is much narrower. Recently many Indian COVID-19 related suicide cases are surging attention in various media platforms which is a matter of serious concern .In Manipur, a total of 106 suicide incidents were registered as per the available Police/CID (CB) reports in the last two years (2018-19&amp; 2019-20).

Every life lost represents someone’s partner, child, parent, friend or colleague and it causes a devastating impact to those closest to the person who loses their life.

Suicide is stigmatized and condemned for religious or cultural reasons in many parts of the world. In India, under sec 309 IPC, whoever attempts to commit suicide was punishable with simple imprisonment for a term which may extend to one year or with fine, or with both.

But with the enactment of Mental Health care Act 2017 suicide is decriminalized and any person who attempts to commit suicide shall be presumed, unless proved otherwise, to have severe stress and shall not be tried and punished under the said code. In some countries, suicidal behavior is still a criminal offence punishable by law. Suicide is therefore often a secretive act surrounded by taboo, and may be unrecognized, misclassified or deliberately hidden in official records of death.

Stigma, particularly surrounding  mental disorders  and  suicide , means many people thinking of taking their own life or who have attempted suicide are not seeking help and are therefore not getting the help they need. The prevention of suicide has not been adequately addressed due to a lack of awareness of suicide as a major public health problem and the taboo in many societies to openly discuss it. Raising community awareness and breaking down the taboo is important for countries to make progress in preventing suicide.

Suicide has a number of complex and interrelated and underlying contributing factors that can contribute to the feelings of pain and hopelessness. Having access to means to kill one-self is also a risk factor. Some important risk factors of suicide are major psychiatric illness – in particular, mood disorders (e.g., depression, bipolar disorder, schizophrenia), substance abuse (primarily alcohol abuse), prior history of suicide attempt or family history of suicide, long term difficulties with relationships with friends and family, losing hope or the will to live, significant losses in a person’s life, such as the death of a loved one, unemployment or loss of employment or self-esteem, huge debt, unbearable emotional or physical pain, chronic intractable physical illness, victims of physical, sexual and emotional abuse, domestic violence, impulsive personality, broken families, legal or work related problems, poverty, difficulties with developing one’s identity, disassociation from one’s community or other social/belief group, and honour etc.

A person who is at risk of committing suicide usually shows verbal and nonverbal warning signs - whether consciously or unconsciously - that something is wrong. Some of the verbal warning are always talking about death wishes, giving negative comments of self-worth ,telling frequently like “I wish I was dead” “ I don’t want to wake up from sleep” “ I am a burden to the family” “ I can’t see any hope in my life” etc. Non-verbal warning signs that we need to keep a check are signs of clinical depression, withdrawal from friends and family, sadness and hopelessness, lack of interest in previous activities, physical changes, such as lack of energy, different sleep patterns, change in weight or appetite, writing a will or bringing up death or suicide in discussions or in writing, previous suicide attempts, getting personal affairs in order, such as giving away possessions, or having a pressing interest in personal wills or life insurance, hoarding of dangerous weapons and items that can be used for suicide etc. Though many people considering suicide seem sad, some mask their feelings with excessive energy. Agitation, hyperactivity, and restlessness may indicate an underlying depression that is being concealed. Many people believe that even though a person might talk about suicide, they will not actually do it. In fact, talking about suicide is a warning sign that the person is at greater risk. Talking about suicide means that the potential exists to take your own life - even if you do not actually do it.

How can we help a suicidal person?

If you think that someone you know is considering suicide, raise the subject. People are often relieved to talk to somebody about it. Recognizing their agony helps to ease the distress of carrying the burden of pain alone. You may sometimes worry that bringing up the subject of suicide will give ideas to an individual who is already depressed. On the contrary, showing your concern lets a person in distress know that somebody is listening to them. If that person really is considering taking their own life, talking provides an outlet for intense, often overwhelming feelings. Suicide attempts are often a cry for help.

How to give an immediate assistance or psychological first aid?

When you find someone in distress or you feel that someone is having acute suicidal thoughts, some simple steps can be followed to help them are:

Speak to them and listen to them carefully and let them express what they feel. Be calm and try to reduce their distress. Remove all the lethal means from the surrounding. Don’t judge them or scold them for expressing that they want to end their lives. Give a patient listening, tell them to take a deep breath, make them drink water, juice or let them cry out. Reassure them that you are there for the person and there is always a way out and you will help them but not to take this end right now. Explain to the person that you and the family members will try to their best to help. Explain and encourage that they will also need some help from the mental health professionals. In exceptional cases people can be called in when needed or needed force to stop the act. Telephone help-lines are also useful if you are worried about a friend who is suicidal and want to know what you should do in a particular situation. Immediate counseling services may be availed through the following State psychological helpline numbers of Manipur: 8787457035, 9402751364 and 7629943596. If you are urgently concerned that somebody is in a suicidal state, try to get them to the emergency ward of a nearest health facility.

Individuals considering suicide should have a professional evaluation by a mental health professional or a physician to consider any or combination of the following treatments: psychological counseling(family therapy, marital counseling, cognitive behavioral therapy), medical intervention (e.g., more aggressive treatment of a pain syndrome), psychiatric treatment (e.g., treatment of a mood disorder, substance abuse, or schizophrenia) etc.

How to prevent suicide

Suicide is the result of a convergence of genetic, psychological, social and cultural and other risk factors, sometimes combined with experiences of trauma and loss. People who take their own lives represent a heterogeneous group, with unique, complex and multifaceted causal influences preceding their final act. Such heterogeneity presents challenges for suicide prevention experts. These challenges can be overcome by adopting a multilevel and cohesive approach to suicide prevention.

General efforts include measures within the realms of medicine, mental health, and public health. Because protective factors such as social support and social engagement—as well as environmental risk factors such as access to lethal means—play a role in suicide, suicide is not solely a medical or mental-health issue. Many methods have been developed to prevent suicide. The general methods include: direct talks, screening for risks, lethal means reduction and social intervention. Individuals with access to proper mental health care, a sense of belonging, good problem-solving skills, and a system of beliefs that discourages suicide are less likely to attempt suicide.

Some of the important social intervention methods for reducing suicides are promoting community-based suicide prevention programs, Screening and reducing at-risk behavior through psychological resilience programs that promotes  optimism  and connectedness, education about suicide, including  risk factors , warning signs, stigma related issues and the availability of  help  through social campaigns, increasing the proficiency of health and welfare services at responding to people in need, reducing  domestic violence  and  substance abuse  through legal and empowerment means are long-term strategies, reducing access to convenient  means of suicide  and methods of self-harm. e.g., toxic substances, poisons, handguns, school-based  competency promoting and skill enhancing programs, improving reporting and portrayals of negative behavior, suicidal behavior, mental illness and substance abuse in the entertainment and news media. Proper and appropriate media reporting of suicide is of utmost importance. Sensationalizing the event should be avoided and particular concerns on the specific details of the method or location are not recommended. Particular care should be taken when the person who died is famous. News media should make efforts to help prevent suicide by linking suicide with negative outcomes such as pain for the person who has attempted suicide and their survivors, conveying that the majority of people choose something other than suicide in order to solve their problems

It is well mentioned in the IASP Brochure 2020 that suicidal behavior is universal, knows no boundaries so it affects everyone. Preventing suicide is often possible and you are a key player in its prevention! There are many things that you can do daily, and also on World Suicide Prevention Day (WSPD), to prevent suicidal behavior. You can raise awareness about the issue, educate yourself and others about the causes of suicide and warning signs for suicide, show compassion and care for those who are in distress in your community, question the stigma associated with suicide, suicidal behaviour and mental health problems and share your own experience. It takes family, friends, co-workers, community members, educators, religious leaders, healthcare professionals, political officials and governments joining together are critical to preventing suicide.

Let us all join hands and prevent suicides.