To kick start the economy, out-of-box thinking is required. But whether such a participatory approach will be adopted is a million dollar question. 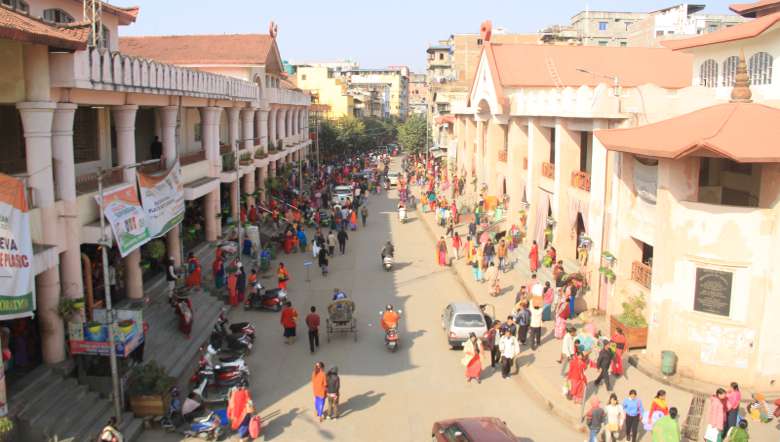 Covid-19 is gaining ground in India and has overtaken Brazil as the country with the second highest total reported positive cases. With the number of positive cases increasing sharply, and with the size of the population, India may in a month or two overtake USA as the country with the highest Covid-19 reported positive cases. If the result of the sero-survey carried out in Delhi and Mumbai is extrapolated, the number of positive cases in India may even now be higher than that of USA. Due to lesser testing the number seems lower but if the testing is increased, the data may be different from what is now reported. In India the testing is about 0.36 lakh per million population, while in USA, China and Manipur it is about 2.64 lakh, 1.11 lakh and 0.61 lakh per million respectively.

Many experts opined that the disease will continue to be associated with humans for years to come; at least for a couple of years in its virulent form, and it may become less virulent with the passage of time due to adaptation by the humans. Be that it may be the disease has caused havoc on the economy of all countries and there will be negative growth during 2020-21 in almost all of them. The first quarter for 2020-21 show a negative growth of 23.9% for India and it was fortunate that mother-nature was kind that agriculture sector show a positive growth of 3.4%.  Therefore, the emphasis has to be to kick start the economy, once the spread settles down though there is always a chance of a second wave, which many countries are experiencing or expected to experience.

Coming to Manipur, the lockdown started when there was only one case which should have been handled by isolation of the case and quarantine of the contacts. The imposition of lockdown for more than five months has fatigued the people and with Unlock 4 in operation the SoPs have literally been thrown to the winds. The disease should not be seen as an end but a bump in human history and man will have to look into the post Covid-19 scenario.

In the projected Gross State Domestic Product for 2019-20 for Manipur the Primary sector contributes 21.32%, Secondary 13.72% and Tertiary 64.95% at current prices. All sectors have been severely hit by the pandemic which is there for everyone to see. Farmers could not sell their produce and even though government stepped in, the rate was far below the market price. Not only farmers, others in this sector also faced the same problem. This is accentuated by the fact that people are not earning and they just don’t have money to buy many of the products and people just opt for the basic necessity; in other words the demand had reduced. In the secondary sector, manufacturing and construction are almost at a standstill and except for bottled water and sanitisers, almost all other products could not find buyers. Coming to the tertiary sector, the salaried people in the government sector are in a much better position as they continue to have regular income but the prices of all items had gone up and they also have to concentrate on the bare essentials. Trade, hotels, restaurants, transport, real estate, professional service like in health care, education, etc had been sleeping for quite some time. Or in other words all sectors have been adversely affected by the pandemic in Manipur.

Though, many forecast that the spike in transmission may arrive in Manipur sometime in October/ November of this year which may continue till it attains a plateau and reduction in transmission may happen only in the early part of next year; it does not mean that the government should not plan to kick start the economy. Despite the fact that the functioning of the government at almost every level has been impacted and the revenue of the government had gone down, it does not mean that the government should not be proactive. Initiation may be started to collect data, collate and plan for the future.
Here it is worth mentioning that in the past many initiatives have been taken up by the government in the form of plans, schemes, projects etc but most unfortunately could not succeed, except for a few.  One of the major factors is the utter disregard of the various stakeholders while formulating the projects or schemes.

The farmers would never be consulted while drawing up such schemes in the agriculture sector as a result at the time of implementation many shortcomings will crop up which will be made up through ad hoc measures thereby ensuring failure. In other words, till now it is a top down approach and as it was not very successful, a bottom up approach is perhaps in order. Those who are actually going to execute should have a say in the project formulation and the fund flow should be timely and regular.

When people talk about agriculture, the main limitation is irrigation. Rather than spending huge amount in medium irrigation projects, which are all white elephants, concentrate on mini and micro projects which will cater to a small area by involving the stakeholders.  People always talk about export; yes export is fine for those items which are of high value and are in demand outside the state but when the local demand can’t even be met by the local supply and the state has to import to meet the shortfall there is no need to think about export at present.

Time for a new approach

The time is now right to bring in a new approach as we are economically at the bottom among the states and as the old system was dysfunctional, the old system will not be able to uplift the economy. The planning and implementation need to involve all the stakeholders, or in other words it should be communitised and participatory approach must be the mantra. The concept of circular economy need to be brought in to minimise waste; while turning it into value. This is not that difficult as this was being practiced in farming earlier before chemical fertilisers became popular. Agricultural wastes were converted into composts and farmyard manures which were used in the farms.

The straws which are now treated as wastes, was earlier used as fodder but with the decrease in the number of cattle these were burnt in situ. These can be converted into manures with the use of EM Technology. Similarly waste of one industry can become the input for another and such linkages must be studied and incorporated. One example is the crushing of the seeds of passion fruits which is a waste in the juice industry and the seed husk which is a waste can be mixed with the fruit rind, dried and made into briquettes. This will reduce the impact on our environment besides reducing waste. In the farm sector, it will be realistic to plan for one sangam in the valley as the average holding size; though for the hills it can still be one pari.

Time to bring change for a transparent system

Some weak areas in the past are in the selection of beneficiaries and monitoring of implementation. There was never a transparent system and despite all claims that the Start-Up Policy scheme is transparent, the number of real start-up is limited; others are traditional MSMEs. One just can’t decide whether a concept is creative and innovative in a 2/3 minute interview. Some have done very well while many are floundering and one of the reasons is lack of handholding by competent experts. If one recalls the SEGP where large number of beneficiaries was provided with soft loans, the selection committee was packed with government representatives with the bank having no say leading to huge NPA for the participating bank. The object of most of the beneficiaries is to somehow get the subsidy and the soft loan associated with the scheme and was just not bothered whether the project succeeds or not. Such mentality must be done away which can be brought about by proper selection process; weeding out the fly by night operators who have the right connections and engagement of young qualified consultants, who may be provided with an attractive bonus based on the success of those he handholds.

It is learnt that the government is considering ways to kick start the economy, and it should invite inputs from the stakeholders. The system needs a change so that targets are achieved. Discarding the old way of doing things, which were not successful in the past and involving the stakeholders at all stages may be a game changer. There are now many competent persons outside the government sectors who can provide inputs which are practical as they have ground experience. To kick start the economy, out-of-box thinking is required. But whether such a participatory approach is will be adopted is a million dollar question.