Knowing your spices and knowing when to use will help enhance not only the taste of your food and cooking but will also boost your health. 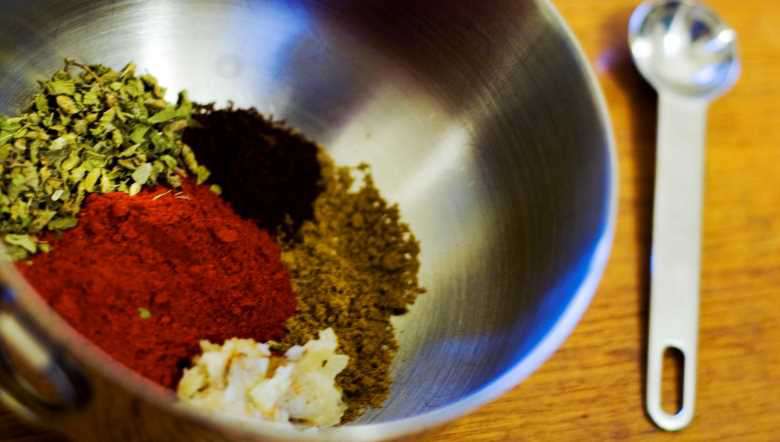 Most spices are ancient and traditional ingredients that originate long ago from the Far East and Tropical countries. It can be obtained from the bark, root, seed or the other parts of a plant. It is used either by crushing, dried or by powdering it. It is used in curries, dishes or as a seasoning ingredient to enhance the taste, aroma, colour and flavor of food, meat and vegetables. Countries like India, Sri Lanka, Thailand, Mexico, China, Bhutan, Ethopia, Malaysia, Jamaica and Korea are one of the top spice users in the world. Our country is not only a top user but also one of the largest producer and exporter of spices in the world. It produces more than 75 of the 109 varieties listed under the International Organisation for Standardisation (ISO).

Top 10 nutritional benefits from spices are:

3. They strengthen the body immune system

4. They can treat inflammatory-related ailments

5. They have anti-oxidant and antibacterial properties

6. They help in preventing allergies

8. They enhance our skin condition and hair texture.

9.  They help in reducing cholesterol level.

There are thousands of spices used in different cuisines of the world. Below are 13 commonly used spices in the preparation of Manipuri curries and dishes to make food more palatable.

1. Black Pepper (Gulmaris) – Black pepper also known as the ‘King of Spices’ or ‘Black Gold’ is characterized by its pungency and aroma due to the presence of its oleoresin. It helps nutrient absorption, digestion, treats gum problems, congestion, and weight loss, and regulates BP and cholesterol, natural anti-depression, stimulates appetite, fights against cancer and purifies blood too.

2. Cardamon (elaichi) - This exotic spice also known as the ‘Queen of Spices’ have a volatile oil about 2- 10% with a pleasant odour. This ingredient is used for preparing sweet flavoured food items like cake, bread, cookies, sweets, kheer, etc. It helps prevent cold, flu, helps digestion and also acts as an antioxidant in our body.

3. Cinnamon (Usingsha) – It is one of the oldest spices known to us. The bark contains about 1% of the essential oils in it. It can be used in puddings, pickles, biryani, non-vegetarian foods etc.. a pinch of it added to a half teaspoon of honey or warm milk helps lactating mothers. It also helps delay menstrual flow just after child delivery.

4. Fenugreek seed (Methi) – An old medicinal herb containing 5% bitter fixed oil, which is rich in a compound called phytoestrogens. This seed is used in curries like in fish, meat or other vegetables. It can also be consumed directly by  boiling and soaking it overnight for a nursing mothers. It helps increased milk supply as it boost the mammary glands in a mother’s body. It also helps maintain the blood glucose level in non-insulin dependent diabetics.

5. Coriander seed ( Fadigom maru) – it is obtained from a delicate plant herb containing 0.5 to 1% essential oil into it.. The seed contains thalides which helps protect against cancer. It is used in flatulence, vomiting and intestinal disorders. The flesh coriander leaves are used as sprinkles on top of many prepared food except lafu eromba.

6. Dried Bay Leaf (Tejpata) – The dried leaves are used for their aroma. It is used in variety of curries like for meat, milk or in vegetables. They contain 1.3% of highly aromatic volatile oil.

7. Cumin seed (Zeera) – This seed has a strong pungent and astringent smell and is also rich in iron . It contains a bio-active substance called pthalides which helps prevent cancer and also helps in production of breast milk by the lactating mothers. This seeds are used in making vegetable, meat or egg curries.

8. Asafoetida (Hing) – It is known for its strong pungent odor which is because of the presence of components like ferulic ester and high concentrated Sulphur compounds. It helps in treatment of whooping cough, chronic bronchitis, flatulence and also has antimicrobial properties. The manipuris used it specially in cooking different fish curries. Its aroma and flavour helps remove the fishy odour.

9. Ginger (Sing) – It is the root of the plant Zingiber officinale Roscoe. The volatile oil present in it is called gingerol. It helps in treatment of nausea, headaches, indigestion, joint pains, has antiflammatory properties and also used by pregnant mothers for treating morning sickness. It is not only use in curries but also as beverages like in tea, lime juice, butter milk etc.

10. Onion (tilhw) – This pulp has got a strong pungent odour and cutting it leads to teary eyes as it produce a chemical called synpropanethial-S-oxide. It is used in treatment of asthma, ulcer, cancer, inflammation, allergies, fever and helps blood regulation and immunity. It contain less fat, calories and is good for the skin and hair too.

11. Garlic (Chanam) -  It is a popular plant known since the ancient history, containing a compound called allicin which is produced when it is chopped or been crushed. These components present in it helps indigestion, gastro intestinal problems, cure cancer, reduce hypertension, maintain blood pressure, cure ear aches, acnes, kill cancer cells, boost immunity, lower cholesterol level, promotes weight loss, increase milk secretion, increase blood flow and has inflammatory properties into it. It is also said that a garlic clove a day keeps the doctor away.

12. Tumeric(yaingang) – It is a traditional aromatic yellow colour root which adds a good aroma, colour and flavour into the food. The colour is due to the presence of a substance called curcumin. It is used either freshly or in powdered form. It contains 5% essential oil. It has a number of benefits to the skin, heal wounds, prevent cancer growth, reduce cholesterol, prevents inflammation, controls blood pressure, acts as a detoxifier, reduce stress, depression, relieves menstrual cramps, burns fat and is good for diabetes too. Addition of turmeric not only has a number of benefits but makes the curries more attractive and appealing to us.

13. Chillies (Morok) – They are mostly red and green in colour. The red colour is due to the presence of carotenoid pigments. The chillies produce a pungent odour and it is determined by the Scoville value. We can either use it fresh or in powdered form. Red chillies help in iron absorption, burning calories, relieving congestion and in preventing heart problems. Green chillies on the other hand manage the blood sugar level, promotes digestion and is good for skin as such. Overall it gives good appetite, relieves pain, and has antibacterial and anti-inflammatory properties.

So the nutritional and health benefits of different items which we use in our everyday life has been briefly discussed. Spices thus not only helps in seasoning a variety of food items but also acts as an emulsifying, thickening and souring agent in food. The above spices mentioned are a important ingredients in our everyday cooking for saute, curry makings, palao, biryanis etc. let’s not only focus on having tasty and yummy curries but also let's use it based on its nutritional and health benefits. The secret of happiness is variety, but the secret of variety, like the secret of all spices, is knowing when to use it.