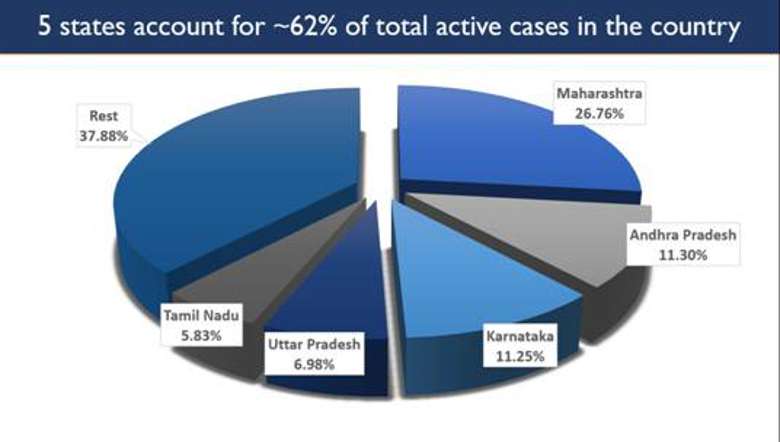 Five states contribute 60 per cent of the total cases in India with Maharashtra at the top followed by Andhra Pradesh, Tamil Nadu, Karnataka and Uttar Pradesh, the Health and Family Welfare Ministry said on Monday.

Of the total nationwide cases, Maharashtra contributes 21.6 per cent while Andhra Pradesh makes up 11.8 per cent, Tamil Nadu 11 per cent, Karnataka 9.5 per cent and Uttar Pradesh 6.3 per cent.