How men in uniform planted over 4,000 tree saplings in hills and valleys of Tengnoupal, Chandel 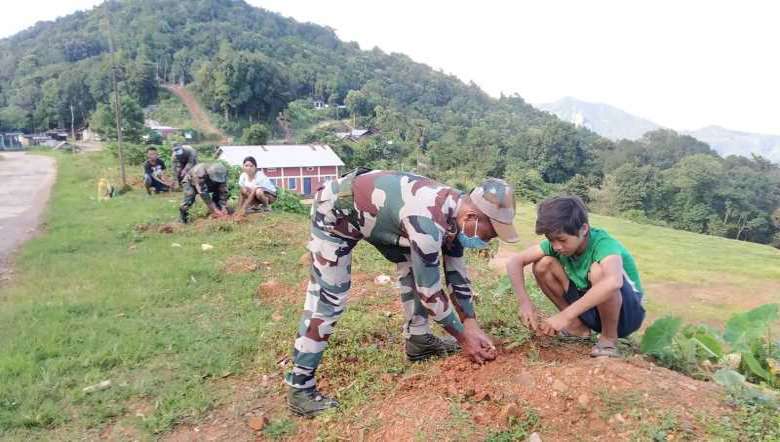 A tree plantation drive by the Assam Rifles in Manipur would hopefully lead to a greener and cooler Manipur as the men in uniform along with the villagers planted 4,601 tree saplings in two days' time over the hills and valleys of Tengnoupal and Chandel districts of the state.

Troops of the Assam Rifles under the aegis of HQ IGAR (South) conducted a series of ‘Tree Plantation Drives’ in Tengnoupal and Chandel districts on Thursday and Friday, IGAR (South) stated in a release.

The major objective of this drive is to spread awareness and encourage locals to play an important role in preventing the loss of biodiversity and preserving Mother Nature, the IGAR added.

The IGAR (South) said that Chandel being one of the 255 drought-prone districts in the country, various events were also earlier organised by the Chandel Battalion such as Rain Water Harvesting, Awareness lecture and Tree Plantation drive to spread awareness on environment conservation to the remotest village of Chandel district.

Chandel Battalion, with the assistance of the department of Forest, Chandel, Tengnoupal and Thoubal districts, collected different varieties of fruit bearing saplings from several nurseries in the state. In this drive, all ranks of Assam Rifles and the local populace actively participated and pledged to improve the ecology and environment, it added. 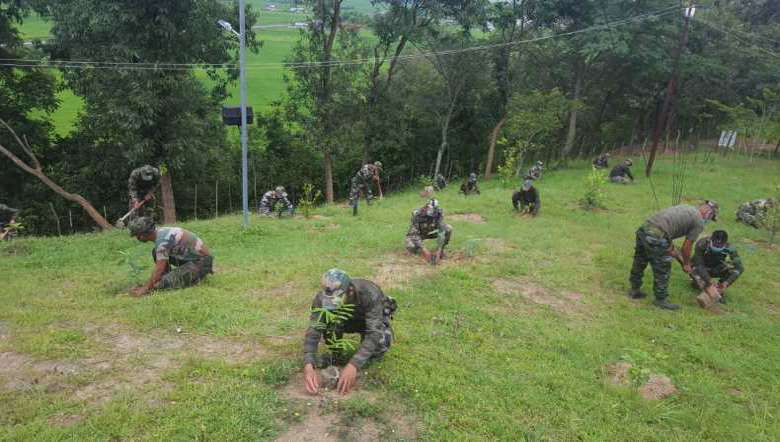 The units of 9 Sector Assam Rifles and 26 Sector Assam Rifles under the aegis of HQ IGAR (South) organised a Mega Tree Plantation Drive at various Company Operating Bases and along the Indo Myanmar Border areas till August 29, the IGAR (South) said in a release. The tree saplings were planted in contribution towards the Home Affairs Ministry's initiative of Tree Plantation in 2020 and to contribute in preserving and promoting the environment, it stated.

It further stated that over 1,440 troops enthusiastically participated in the Mega Plantation drive and a total of 18,535 saplings of various varieties including fruit bearing trees were planted during the event.

The Moreh Battalion also organised a tree plantation and conservation drive. The plantation drive was conducted to foster a culture of responsibility towards nature among kids, local population and troops of Assam Rifles.

A total of 5,000 saplings of various varieties were planted by kids, local population and troops at their locations of deployment, JJ Children Home, Integrated Check Post and Adullam Rehab Center. The drive has spread a sense of responsibility and care towards nature among all participants, it added.