Biren said the Director General of Police (DGP) Manipur has been asked to meet the representatives of militant groups under the Suspension of Operation (SoO) operating in Churachandpur district in connection with the armed robbery that claimed the life a security guard. 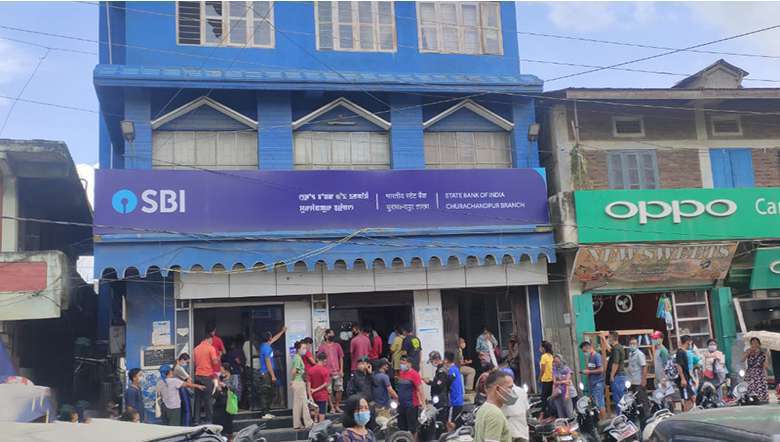 The site where the armed robbery took place in Churachandpur HQ

Chief Minister N Biren said the Director General of Police (DGP) Manipur has been asked to meet the representatives of militant groups under the Suspension of Operation (SoO) operating in Churachandpur district in connection with the armed robbery that claimed the life a security guard.

Briefing the media at the CM’s secretariat on Sunday, N Biren Singh pointed out the possibilities of the involvement of UGs under SoO citing the used of suppressor or silencer by the perpetrators during the robbery.

On Friday, armed miscreants allegedly shot at a security guard of ATM cash transporting van before looting a sum of Rs. 1.15 crore near the SBI branch in Churachandpur district headquarter. The security guard who sustained two bullet injuries succumbed in a hospital in Imphal. Interestingly, no one at the nearby areas of the crime scene witnessed or heard gunshots the fateful day. Hence, it has been speculated that suppressor or silencers could have been used by the armed assailant.

The chief minister said that the security guard was shot using a sophisticated weapon and no ordinary criminals will have such weapons at their disposal. Citing the used of silencer or suppresser in perpetrating the crime, the chief minister hinted the high possibilities of the involvement of militants.

“I have instructed DGP, LM Khaute to hold a meeting with the representatives or leaders of SoO groups operating in Churachandpur district to cull out information”, he said.

N. Biren said, after registering an FIR at the concerned police station, strict monitoring of CCTV footage was initiated as a part of the investigation and gathered some crucial leads. As a follow-up action, three suspects have been picked up for questioning, he said.

Singh also said that he had spoken to the wife of the deceased guard, 37-year-old Arambam Ranjan Meetei of Zouveng Churachandpur over the phone and assured justice. He also assured to provide monetary assistance to the victim’s family as per the government rules besides seeking cooperation from the public in nabbing the culprits.

Against this backdrop, Manipur ATM Service Sector has cautioned the state government that ATM service across Manipur will ceased from September 10 if culprits involved in the robbery are not booked by September 9. Some of the ATM booths along the stretch of Canchipur road have stopped functioning.