The gunmen fled with Rs.1.15 crore money that was brought to be deposited in an ATM at Lamka in Churachandpur district. 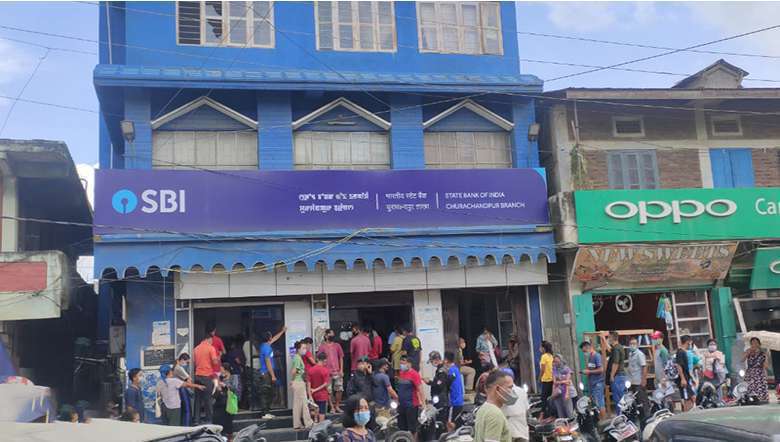 A security guard of SBI ATM money depositors was shot at in broad daylight near an SBI branch by unidentified men who fled away with the Rs.1.15 crore money that was brought to be deposited in the ATM, Churachandpur district headquarters.

The victim was identified as one 37-year-old Arambam Ranjan Meetei, son of L Arambam Kumar Meetei of Zouveng, Khuga Tampak, Churachandpur. He was an employee of the Writer Safe Guard and entrusted to deposit money at different ATM booths in Churachandpur, under Hitachi and FIS.

Those who came to deposit the money came in a Bolero Jeep No. NL07 C 9242 that was parked at least 10 feet away from the ATM booth which is attached with the SBI main branch located at Tiddim Road where the incident took place.

However, on being asked, the roadside vendors who were sitting about two metres away near the alleged incident site said they did not hear any gunshot nor anyone running away with a loot.