Tree saplings of different species were planted on Wednesday at Khoidumpat located at the mouth of Hiranmei under Hiyanglam assembly constituency in Kakching district. 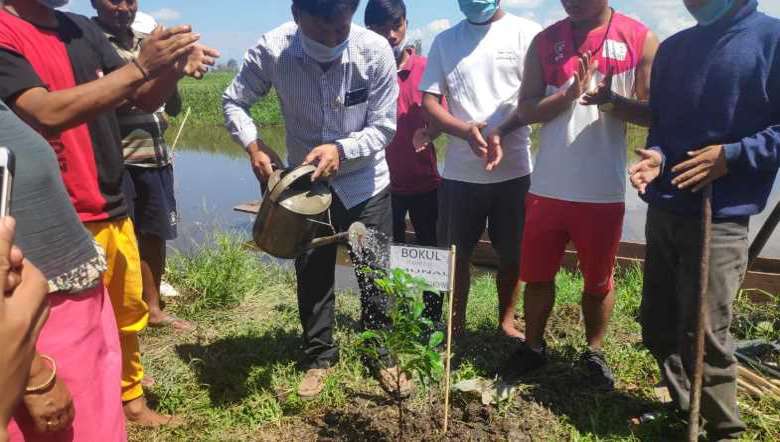 Several tree saplings of different species were planted on Wednesday at Khoidumpat located at the mouth of Hiranmei under Hiyanglam assembly constituency in Kakching district.

The event was carried out with the Forest department by the students, who returned to the state due to the pandemic, of the said assembly constituency.

Khoidumpat lies just at the mouth of Hiranmei, he said. Planting tree saplings at such a location is a new idea or just started in the state, he added.

Munal further informed that growing more trees at the boundaries of wetlands will surely help in preserving not only the local birds but also the migratory birds as well. Growing trees in large numbers will also be a great help in preserving the wetlands, he added.

He said that the good samaritan work of planting tree saplings carried out by the students was indeed laudable. Their dreams of making a beautiful Hiyanglam assembly constituency and also their value for time are worthy of praise, he said.  All the youths of the state should decide to take part at such a plantation drive instead of wasting time during the lockdown period, he added.