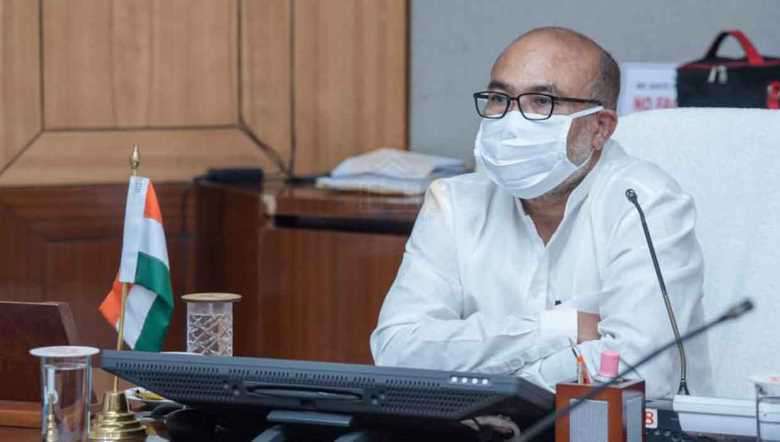 Biren took to Twitter to pay his homage to the national leader and wrote that the political vacuum he left behind can never be filled.

“Deeply saddened to hear about the passing away of former President of India, Bharat Ratna, Shri #PranabMukherjee. His demise has left a political vacuum which can never be filled. My condolences to the bereaved family. May his soul rest in peace in the Heavenly abode,” the chief minister tweeted.

The chief minister also issued a formal condolence message and said: “Pranab ji was indeed an inspirational figure, who had served the country with great diligence in different capacities.”

Before he was elected to the post of the President of India, he had occupied several key ministerial portfolios in the Government of India during his long political career spanning around five decades. He was awarded Bharat Ratna in 2019 and Padma Vibushan in 2008, Biren stated in his message.

A statesman and a seasonal parliamentarian, the country has lost a precious son of the soil with his demise, the message further stated, adding his absence will leave a huge void which will be hard to fill up. His contributions to the political and economic sphere of the country will be fondly remembered by the people of the country, the chief minister said.

“On behalf of the government and people of Manipur, I convey my deepest condolences and share grief with the bereaved family,” Biren added.

Seven-day state mourning to be observed

Meanwhile, Manipur Governor Najma Heptulla has issued an order stating that as a mark of respect to the departed leader, former president of India, (Late) Pranab Mukherjee the state will observe mourning for a period of seven days. It will be observed with effect from Monday to coming Sunday and the national flag will be flown at half-mast during the period of mourning on all buildings throughout the state where the national flag is flown regularly, the order stated. There will be no official entertainment during the period of state mourning, it added.