The former president breathe his last at an Army hospital in Delhi. 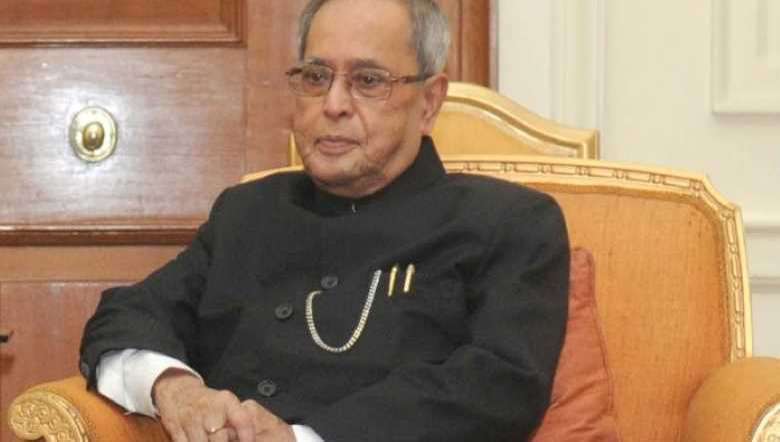 Former President Pranab Mukherjee passed away at an Army hospital in Delhi on Monday after undergoing treatment for the past few weeks. He was 84.

His son, Abhijit Mukherjee informed about the sad loss in a tweet.

"With a Heavy Heart , this is to inform you that my father Shri #PranabMukherjee has just passed away inspite of the best efforts of Doctors of RR Hospital & prayers ,duas & prarthanas from  people throughout India !... I thank all of You," Abhijit Mukherjee tweeted.

The former president was admitted to the Army's Research and Referral Hospital in Delhi on August 10 where he was tested for Coronavirus and found positive for the virus. "On a visit to the hospital for a separate procedure, I have tested positive for COVID19 today," the president had announced on Twitter.

The former president had also undergone surgery in the hospital on August 10 for a removal of a clot in the brain, hospital sources said, adding that he later developed lung infection and as his health condition deteriorated, he was put on a ventilator support for the past days.

About an hour before his passing away, Abhijit in a tweet had urged all his friends to pray for the recovery of his father.

"I urge all my friends here to pray for the recovery of My father #PranabMukherjee . He is a fighter & with all your good wishes & prayers , He will surely recover !

"At the moment he is critical but all his vital parameters are stable!" Abhijit had tweeted.

Pranab Mukherjee was the 13th president of Independent India from the year 2012 to 2017.

As a mark of respect to the departed leader, former president of India, (Late) Pranab Mukherjee, the Central government has announced State mourning for a period of seven days. It will be observed with effect from Monday to coming Sunday.