The impact of the industrial and digital (information) revolutions has undoubtedly been substantial on practically all aspect of our society, life, firms and employment. Will the AI revolution produce similar far reaching effects? 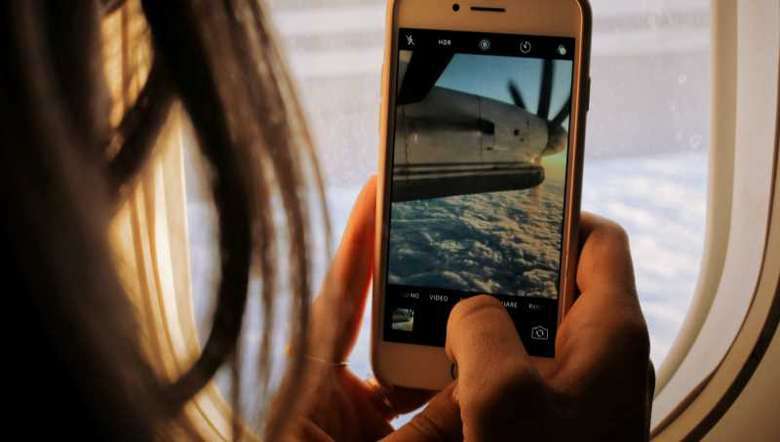 With time, science has reached its zenith. The evolution of technology has made our life easier. If you travel back to few centuries before then you cannot find any kind of technological advancement and people were fully dependent on manpower. With growing years, best invention happened that is the invention of machine or the computer. Few years after the invention, the growth began to flourish exponentially. With time, the big machine have reduced their size and increased their speed or capability. Now the human race is completely dependent on a new system, which is the combination of science and engineering and known as Artificial Intelligence (AI) and delivers a machine that is very much intelligent and they are actually computer programs. So here a question comes: why are we dependent on Artificial Intelligence?

The different branches of science are working out to create a machine or computer that will have the capability and brain strength of the human being. And now they have made quite an advanced technology that made Artificial Intelligence more intelligent than humans. The father of this artificial Intelligence is John McCarthy. We have watched many movies or machines that are capable of working more efficiently than the human. So Artificial Intelligence is also a making of-computer or say robots that are controlled by a computer or developing software that can think more intelligently like that of a human being.

The impact of the industrial and digital (information) revolutions has undoubtedly been substantial on practically all aspect of our society, life, firms and employment. Will the AI revolution produce similar far reaching effects? Artificial Intelligence is no longer a technology of future, it is a technology of the now. It is playing a significant role in our daily lives.

AI gives intelligent machine (be they computers, robots, drones or whatever) the ability to “think and act in a way that previously only human could”. This means they can interpret the World around them, digest and learn from information, make decisions based on what they’ve learned and then take appropriate action often without human intervention. It’s the ability to learn from and act upon data that is so critical to the Intelligence Revolution, especially when you consider the sheer volume of data that surrounds us today.

AI needs data and lots of it, in order to learn and make smart decisions. This gives us a clue as to why the Intelligence Revolution is happening now. After all AI isn’t a new concept. The idea of creating intelligent machine has been around for decades. So, why AI suddenly so transformative? The answer to this question is two-fold. We have more data than ever before. Almost everything we do (both in the online World and the offline World) creates data. Thanks to the increasing digitization of the our world, we now have access to more data than ever before which means AI has been able to grow much smarter, faster and more accurate in a very short space of time. In other words, the more data intelligent machines have access to the faster they can learn and the more accurate they become at interpreting the information.

As a simple example, think of Spotify recommendations. The more music (or podcast) you listen to via Spotify, the better able Spotify to recommend other contents that you might enjoy. Netflix and Amazon recommends work on the same principle of course. Impressive leaps in computing power make it possible to process and make sense of all that data. Thanks to advances like cloud computing we now have the ability to store process and analyze data on an unprecedented scale without this data would be worthless.

In fact, every business is going to have to set smarter-from small startups to global corporations, from digital-native companies to more traditional business Organizations of all shapes and sizes will be impacted by the Intelligence Revolution. Agriculture is undergoing huge changes, in which technology is being used to intelligently plan what crops to plant, where and when in order to maximize harvests and run more efficient farmers. Data and AI can help farmers monitor soil and weather conditions and the health of crops.

Data are being even being gathered from farming equipment’s in order to improve the efficiency of machine maintenance. Intelligent machines are being developed that can identify and delicately pick soft ripe fruits, sort cucumbers and pinpoint pests and diseases. The image of a bucolic traditional farm is almost a thing of the past. Farmers that refuse to evolve risk being left behind. This is the impact of the Intelligence revolution. All industries are evolving rapidly. Innovation and change in the new norm. Those who can’t harness AI and data to improve their business- will struggle to compete. Just as in each of the previous industrial revolutions, the Intelligence Revolution will literally transform the way we do business. For your company this may mean you have to rethink the way you create products and bring them to market, rethink your service offering, rethink your everyday business processes or perhaps even rethink your entire business model.

People fall into one of two camps when it comes to AI. They’re either excited at the prospect of a better society in which intelligent machine help to solve humanity’s biggest challenges make the world a better place and generally make our everyday live easier. Then there are those who think AI heralds the beginning of the end, the drawing of new era in which intelligent machines supersede humans as the dominant life form on Earth.

There is a pointless debate between the incredible things that technology can achieve and potential for AI to be used in unethical, nefarious ways. Whether you’re a fan of AI or not the Intelligence Revolution is coming your way. Technology is only going in one direction- forward into an even-more intelligent futures. There’s no going back. That’s not to say we shouldn’t consider the implications of AI or work hard to ensure AI used in an ethical fair way- one that benefits society as well as the bottom line. Of course we should do that. But it’s important to understand that: however, you feel about it, AI cannot ignored.

The greatest challenge facing societies and firms would be utilizing the benefits of availing AI technologies, providing vast opportunities for both new products or services and immense productivity improvements while avoiding the dangers and disadvantages in terms of increased unemployment and greater wealth inequilities.AI is changing the World as we know it. Part of fourth Industrial revolution, together with nanotechnology, robotics, the IoT and many other tech terms. AI is the buzzword of 2010s. It is expected that at least 30% of business will use some AI features to improve their sales by 2020.