The uphill task and the diversion - a political masterpiece

The validity (vanity) of the government's excuses on the deplorable conditions of the roads in Manipur. 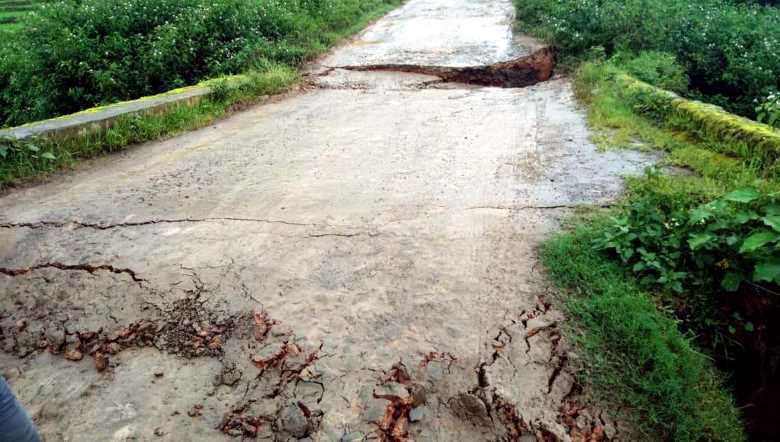 Jiribam, Henglep, Sapormaina to Kholep on Imphal-Dimapur road (NH-2) have frequently been hitting headlines and making it to cover stories. These deplorable conditions of roads and the sufferings of people have attracted wide criticism from people from all walks of life. The politicians are unsparing themselves for people's sake (hopefully) as the opposition is going hard against the ruling party.

How bad are the roads?

From the latest video of a patient being transported on a makeshift bamboo stretcher by young boys from a village, the mud in the road can be seen going as high as up to the knees of the boys. The road conditions are not just bad but they are terrible. The recent patient to be transported in that pathetic condition is the fifth patient brought to the hospital in a makeshift stretcher from Henglep to District Hospital Lamka.

In Jiribam, the roads are too bad that truck drivers reportedly have to maintain a speed not higher than 5 km/hr at certain places. From Sapormaina to Kholep, the road condition is too bad that a car was caught in mud in the middle of the road and the driver and other occupants of the car had to helplessly abandon the car until a help was found the next day, with the car spending a lonely dark night in the middle of a national highway.

Obviously not the government, but these are largely the fault of the politicians. Who else is to blame than the person who is the in-charge responsible for looking after and acting wherever and whenever necessary.

In some places, the government is putting the blame on extortions and harassment of workers but that cannot be reasonable enough considering the fact that there are thousands and thousands of law enforcers who are working under the direct supervision of the government. What then is the main problem is a question the government must honestly answer without any hidden agenda.

Furthermore, the idea of truly honest politicians is something to ponder upon. In fact, the public over the years are having growing suspicions against the government. Interestingly perhaps even a youngster in Manipur will have a general notion that the politicians are corrupt to the core and the system is mostly unreliable and not worthy of trust.

Chief Minister N Biren Singh in one of his recent speeches had made a mention of the road conditions. Ironically, instead of addressing and deliberating on the real issues, the chief minister as usual was trying to divert the main issues and problems. In his speech, the chief minister made misleading remarks stating that the number of small villages that are newly established is making it hard for the government to construct all weather roads and thereby causing problems for people and the state.

However, what the chief minister has missed is that the most pathetic conditioned roads such as Henglep and Jiribam are clearly not of new and small villages. Contrastingly, these are roads that have served since decades. Furthermore, even in that case of a quest for compromise, it is highly advisable that the government can at least construct all weather roads for the sub-divisional headquarters.

Stating which, the chief minister and his government seems negligent of the fact that what is the need of the hour and the need of the people is the willingness to root out the real problems and find the most effective means to address them rather than diverting the issues behind superficial or designed problems. The government must realize these essences and must approach the same with careful analysis and benevolent devotion rather than ignorance and arrogance and personal and organizational incompetence.

In fact, diversion of critical issues has always been a ready-made mechanism for the government to solve every problem challenging the administrative functionality of the government. It has become increasingly instrumental towards finding short-term solutions while leading the country into deeper complexities that are devastating to the country and the people.

Furthermore, it could be true that the government is diverting the issues of stagnant economic growth in the face of carefully designed propagandas and policies or the government is diverting their incompetence and inability in the face of the COVID-19 pandemic. In fact, it may not be entirely true but the question isn't wholly irrelevant to ask concluding from the entirety of the political scenario of the state and country.

The murderer of accountability?

Diversion as an ever-ready mechanism as it is, is the reason for diminishing accountability of the government. It is detrimental to the trust building between the government and the people as it discourages reliability but promotes suspicion against the government. Regrettably, all this has to do is bring about negative impacts largely affecting the performance of the state and its machineries.

This has to change, the government cannot go on making choices for the people through false education and by hoodwinking the people. The people must decide for themselves and the government must fulfill demands.

The government must look for means to effectively engage the people in societal upliftment, it must give voice to the people and do the needful as lawmakers and as well as law enforcers. It must strictly distance itself from diverting critical issues but stand out and face those issues. The people have hearts and the government must step into that and invite cooperation from people and not try to play hide and seek in an age of CCTVs.

It’s time the government must come out real and play it real, as human beings, as a true and responsible person if they really want to bring positive change. Because we are now in a generation of “everyone knows everything”, we are all politicians after all.