A scuffle between villagers of Salungpham under Thoubal district and that of Ringpam under Tengnoupal district took place on Friday over land ownership of a hill slope. 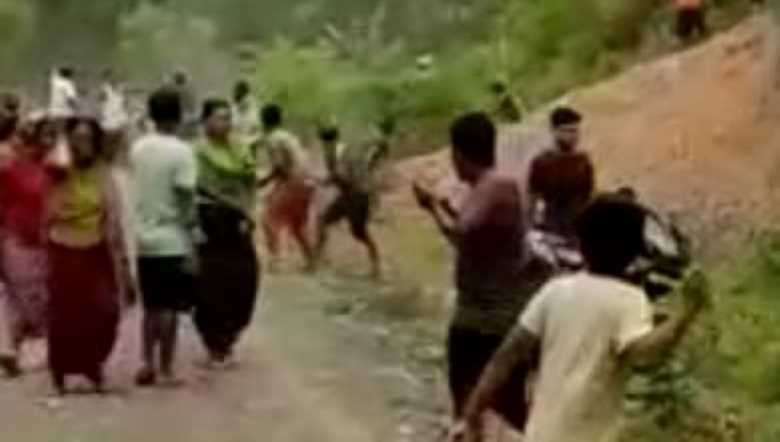 Prohibitory order has been imposed in Thoubal district as tension prevailed in the area after a scuffle between the villagers of Salungpham under Thoubal district and that of Ringpam under Tengnoupal district took place on Friday afternoon over land ownership of a hill slope.

In view of the volatile situation and the possibility of causing serious breach of peace and disturbances of public tranquillity, Thoubal district magistrate has imposed prohibitory order under Sub-section 2 of Section 144 CrPC prohibiting gathering of five or more persons, movement of villagers/ persons carrying deadly weapons from Saturday until further order.

Meanwhile, a heavy contingent of police force has been guarding the area since Friday evening to prevent further unwanted incidents from taking place. So far, the situation is said to be under control.

A joint meeting attended by village authorities of M Ringpam village, Tolen village and Salungpham village was also conducted at the conference hall of SP Thoubal. The meeting was chaired by IGP Zone-1, K Jayenta and is reported to have adopted the resolutions unanimously.

The meeting resolved to follow the imposition of Section 144 of CrPC at the affected areas to restore peace and tranquillity. It was also resolved to continue and create room for negotiation among locals of affected areas including civil bodies.

Meanwhile, concerned over the land dispute, the All Manipur United Clubs’ Organisation (AMUCO) has appealed to make efforts to avoid such misunderstanding and disputes in the future.

AMUCO, in a release termed the incident as unfortunate and urged for reconciliation and restoration of love and peace between the villages. The release appealed to all concerned not to add sufferings to one another as the people are already reeling under COVID-19 pandemic.

“Misunderstanding between two communities, however big or small, may spread like wildfire and with rumours, will yield unwanted results,” it stated and urged the two villages to restore peaceful relations by working on the principle of ‘forget and forgive’. “There is a strong need for negotiation and a little compromise from both sides for restoration of peace. AMUCO will take every possible responsibility for bringing about such a negotiation,” it stated.

While pointing out that land disputes are sensitive and always result in unwanted incidents, it mounted pressure on the government to take up measures to avoid such disputes in the future.