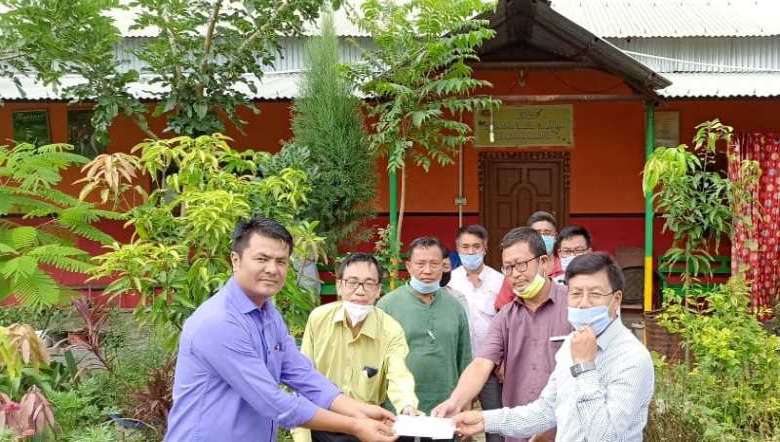 A group of former students of Kakching High School from 1984 Matric Batch has extended financial aid to footballer N Ramananda Singh, who is currently hospitalised due to health complications.

The group handed over a sum of Rs 10,800 on Friday through radio presenter, James Heikrujam at the office of Diamond Radio, Khongjom.

President of the group, N Munal Meitei said that extending help for Ramananda is the need of the hour. He continued that when the famous footballer was playing actively, he was praised and supported by people from every corner of the state. People should have their same support for the footballer who is currently in bad shape due to health issues, he added.

While saying that the small financial assistance by the group would at least help in paying off a few medical bills, Munal appealed to the people to extend help for Ramananda in any possible way.