Jayantakumar said that people who wish to get the health benefit of PMJAY can register themselves online by submitting their identity card, household card and two passport photographs. 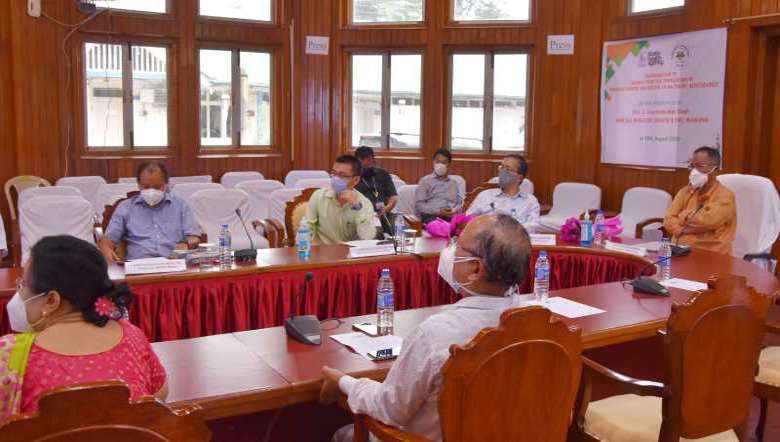 Speaking at the occasion as chief guest, Jayantakumar said that people who wish to get the health benefit of PMJAY can register themselves online by submitting their identity card, household card and two passport photographs. One can also use social media platforms like Facebook, WhatsApp, Instragram or any other such medium for the purpose. He said that the central government already launched such health schemes as early as September 2018. Health schemes like AB-PMJAY, which has health insurance coverage up to five lakh were initiated for the poor people. He appealed to the public to take benefits from this scheme and make it successful.

Speaking as the guest of honour, principal secretary, Health, V Vumlunmang said that due to the COVID-19 pandemic the process of enrolment of beneficiaries has been being disturbed. Eligible persons who are in need of this PMJAY scheme will now be able to get themselves enrolled online through this new initiative. The same will also be continued even after the lockdown is lifted. This is really a boon, he added.

Chief executive officer, State Health Agency (SHA), Haulianlal Guite, said that Ayushman Bharat –PMJAY (Pradhan Mantri Jan Arogya Yojna) is a central government scheme and provides free IPD hospital treatments for poor eligible families up to Rs 5 lakh per family per year. So far 83,000+ families from a total of 2, 43, 000 eligible families have been enrolled in the state. Out of these 20,000+ persons have gotten hospital treatment through this scheme, he added.