'If the by-election is not at all coming in the Tamenglong assembly constituency, I will contest in the state general assembly'. 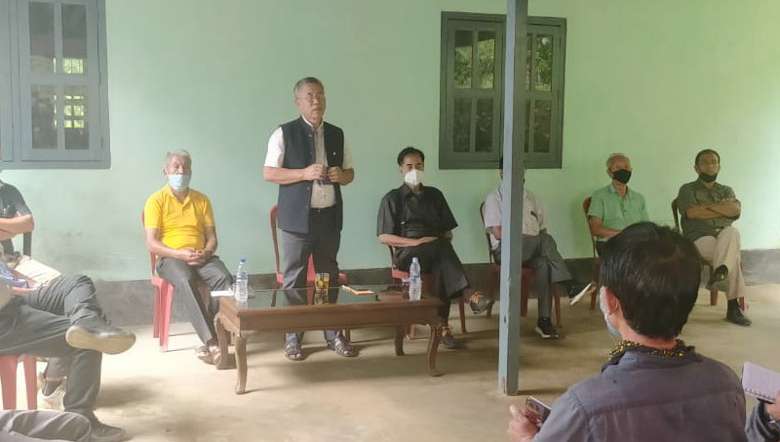 Former MLA Khangthuanang Panmei, who is also the vice-president of Manipur Naga People’s Front and in-charge of Tamenglong district was on Tuesday declared as NPF candidate to contest the by-election in 53-Tamenglong assembly constituency (ST).

The declaration programme was held at his residence at Namlalong ward no. II, Tamenglong on Tuesday afternoon and it was attended by leaders from different villages.

“If the by-election is not at all coming in the Tamenglong assembly constituency, I will contest in the state general assembly,” said Panmei. He said that after former MLA Samuel Jendai tendered his resignation as member of the state assembly, Tamenglong constituency has been lying vacant. ECI has also served notification in this regard, he added.

This is the fifth time Panmei is contesting the state legislative assembly and the decision to contest was taken during the joint family meeting held on August 22 at his residence.

Speaking to media persons on the side of the declaration ceremony, Panmei said that he had served the society at his capacity. Even after he lost his MLA seat, small projects were taken up to help the poor people in rural areas, he added.

While expressing his desire to work more for the society, Panmei assured that if he is elected again he would improve the road connectivity, enhance the education sector, especially for the poor in the hills and boost the economy of the village people.