‘There can be no interim president, elected president cannot be removed by letter’ 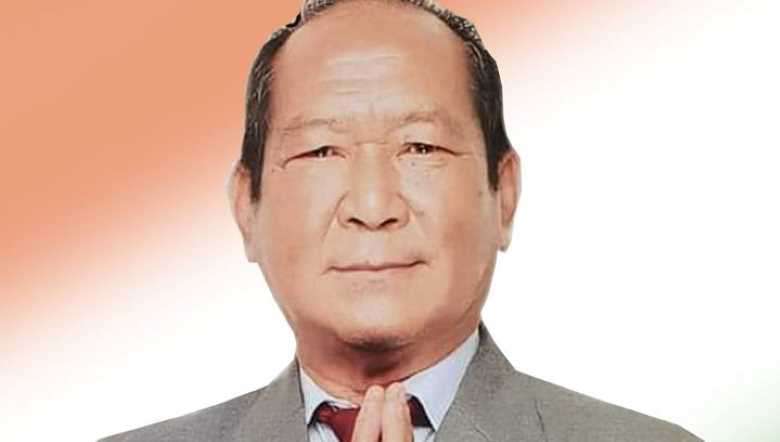 The National People’s Party (NPP), Manipur state unit has declared Thangminlien Kipgen as the newly elected president of the party’s state unit along with organised a felicitation function at the party’s Sangaiprou Mamang Leikai office on Tuesday.

The declaration was made after clearing all prevailing doubts and uncertainty within the party following a letter sent by NPP national president Conrad Sangma to minister N Kayisii appointing him as the interim president of the NPP state unit which has gone viral in social media, a release stated.

Thangminlien Kipgen, who has been elected as party president uncontested for the term 2020-2023, said on the occasion, “There is and can be no interim president of NPP according to the party’s constitution. However, an adhoc appointment can be made before a regular president is democratically elected in case the post of president is lying vacant. Moreover, an elected president cannot be removed by a mere letter as it is unconstitutional,” it mentioned.

He further informed that whatever that has been seen in social media and some news reporting cannot be taken as genuine. “The letter written by NPP national president Conrad Sangma to minister N Kayisii appointing him as the interim president of the NPP state unit, is just an information shared between two individuals and cannot be taken as an official letter. Moreover, any officially genuine letter has to be carried on the party’s letterhead and not on the DO letter of an individual,” it added.

He alleged that the NPP national president has been misled by someone for personal gains, it further stated. There is no official intimation from the National level to follow a new constitution of the Party, the release further stated. Every decision of the party should be taken by the executive members and not by an individual on his personal level, Thangminlien said while adding that NPP Manipur unit cannot accept the unofficial statement as there has been neither any official intimation from the national level to the state unit nor to him as state President, it stated.

He also recalled that he received a letter from the national president on August 14, telling him that his tenure as state president has expired and that his executive members have been dissolved which is very unfortunate as his tenure ends on August 26, the release stated.

“It seems as if the NPP national president is unaware of the tenure ship of its state unit president. NPP Manipur State unit stands for the truth and will serve the people as we came to do so. The party will not bow down to power and money under any circumstances,” it added.

The newly elected president while questioning leaders of all political parties on their stand on the frequent changing of political inclination or jumping from one party to another, as seen in the state of Manipur presently, said that this trend happens as the political leaders do not care for the public. Whether one belongs to the ruling party or the opposition, there should be no issue in serving the people, it stated.

It further stated that the working president of NPP Manipur unit Ch Ajang Khongsai, who was also present during the felicitation function informed that the ‘letter’ is just between Conrad Sangma and Kaiyisii on personal level and cannot be considered as official.

He said that there has been no official intimation from the national level to follow a new constitution of the party. He alleged that the NPP National President has been misled by someone for personal gains and as such he seems to have no clue that the presidentship of Thangminlien Kipgen expires on August 26 and not April, it stated. Earlier, returning officer Dr Ph Jilasana, senior vice president of NPP handed over the certificate to Thangminlien Kipgen on being elected as party president for the term 2020-2023, the release mentioned.

It may be mentioned that contrary to the notice issued by returning officer of the National People’s Party (NPP), Dr Ph Jilasana Sharma declaring that Thangminlien Kipgen has been duly elected as state party president uncontested, NPP national president Conrad K Sangma appointed N Kayisii as the interim president.

Sangma's intervention, however, raised questions on the possible rift within the party for leadership in the Manipur unit.