The right to live: Should animals be given the same rights as humans?

People are not asking for animals to have the same rights as humans but the animals should have the right to live free from human use and exploitation. 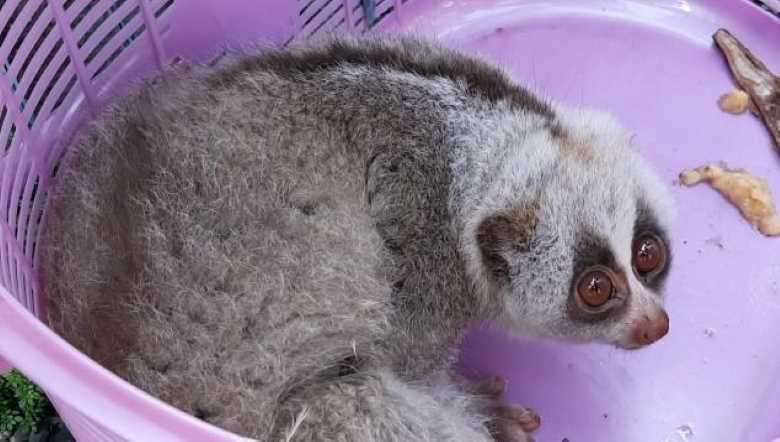 All living beings on this earth have equal rights, the rights to live and also the rights to enjoy whatsoever is available on this planet. Animal rights are the rights that animals should entitle for their existence in moral value and basic fundamental protections just like we human beings.

The animals should no longer be viewed as property or used for experiments, for bleeding and killing and no animals for food or clothes or medicine, or use as beasts of burden or selective breeding for any reason other than the benefit of the animal, no hunting and no zoos or use of animals in entertainment. In all the culture and religions around the world, it espouses the animal rights. Buying, selling, breeding, confining and killing animals infringes on the animals rights. The animal right is also a claim for animal welfare to apply physically.

Everywhere, now zoos are closing down or busy on releasing animals to Parks and sanctuaries while turning themselves into research institutions devoted to endangered species. And in the developed world at least, national parks and sanctuaries already hold quasi-sacred status.

People are not asking for animals to have the same rights as humans but the animals should have the right to live free from human use and exploitation. As per the United Nations Universal Declaration of Human Rights, the human rights include, "the right to life, liberty and security of person…an adequate standard of living...to seek and to enjoy in other countries asylum from persecution...to own property...freedom of opinion and expression...to education...of thought, conscience and religion; and the right to freedom from torture and degrading treatment, among others."

These rights are different from animal rights because the humans have the right to access to food and housing and are free from torture and can have the expression but it is not in our hand to ensure the nest for every bird and an acorn for every squirrel. The animal rights are leaving the animals alone to live at their own, without encroaching upon their world or their lives. It is statistically demonstrated that those who abuse animals are more likely to abuse the other human beings also.

The Humane Society cited on a survey that 71 percent of domestic violence victims said their abuser also targeted to the pets.

In 2014, the Supreme Court of India passed a precedent decision extending the mantle of Article 21 of the constitution, which protects human life and liberty to all animals, the court said, the animals have an inalienable right to live in a healthy and clean atmosphere, not to be beaten, kicked, bitten, tortured, plied with alcohol by humans or made to stand in narrow enclosures amidst bellows and jeers from crowds.

In Argentina two years later, a chimpanzee named Cecilia, confined alone in a concrete enclosure in a zoo in Mendoza, was sent to a Brazilian sanctuary after a judge declared for her fundamental right to be born, to live, grow, and die in the proper environment for the species. In July, a Colombian judge, citing the Argentinean precedent, set free an Andean spectacled bear. In the past four years, after longstanding negotiations between indigenous Maori people and the government, New Zealand has allow the Te-Urewera, a national park, making it, the first place on earth where humans have relinquished control.

There is no gilding the lily, in either direction, towards rights for nature or continued human supremacy. Humans annually kill 100 billion animals, domestic and wild—an average of 14 animals per person and continue to wreak the havoc on the habitats of the survivors. The planet’s sixth great extinction now rolls on. In India, four species of fauna and 18 species of flora have gone to extinct in the past few centuries. India luckily with 2.8% of geographical area supports about 6.49% of all the fauna species in the world.

As per the Living Planet Report 2016, the factors like competition, predation, natural selection and human induced factors like hunting, habitat degradation have led to nearly extinctions of half of our wildlife making India an ecological black spot. It also said that global wildlife populations are decline.by 67% between 1970–2020 and other population of fish, birds, mammals, amphibians and reptiles has already also declined by 58%. The country lost 110 tigers and 491 leopards in 2019, a third of them to poaching as per the Wildlife Protection Society of India (WPSI).

In order to prevent a catastrophic loss of diversity of life on earth over the next 100 years, we need for a substantial transformation. The nature’s rights has the potential to spur a transformation of our ethics, laws and most importantly our behaviors, in a way that results in a sustainable future not just for humans but for the rest of creation and the world.

Abusing animals is no more justifiable than abusing people. The moral touchstone is sentience and speciesism is analogous to homophobia, racism & misogyny. Cruelty is barbarism, whether inflicted on humans or on other species. Since we humans are an animal species, it is obvious that human rights are a form of animal rights and that human rights should include the animal species also. Many view humans and other animals as totally distinct: drawing a clear, sharp line between animal and human.

It is true that other animals are less intelligent than humans and lack on mental-physical skills and the capacity for culture and conscience. But this is not justified for abusing them. We accept that we have a special responsibility to protect the weaker and more vulnerable humans. There is no great ethical gulf between the abuse of human and animals or between our duty of compassion towards other humans and other species.

Before we can liberate millions of oppressed humans and billions of exploited animals, we need to free our minds and to eliminate the mentality of subjugation and acquiesce against the sentient beings - human and non-human.

Animals aren't really that different from us humans. Vertebrates share much similar DNA and our capacity for thought, feelings, emotions, sociability, language, altruism and empathy are almost same. We need to recognise and accept our common nature with animals. We discriminate against other living beings because they do not belong to our own species and thus the speciecist attitude is similar to discrimination of religionism, racism, sexism, or heterosexism.

The killing or cruelty to animal are enacted in the Law to defend under section 428/429 of the Indian Penal code, u/s. 39 of the Wildlife Protection Act, 1972 and the Prevention of Cruelty to Animals Act, 1960.

Animals do not commit crimes; animals are not attacked for their moral views. Rights are a concept special to the human moral code. In his book Animal Liberation, Peter Singer states that the basic principle of equality does not require equal or identical treatment; it requires equal consideration. Jeremy Bentham, the founder of the reforming utilitarian school of moral philosophy, stated that when deciding on animals rights, the question is not ‘Can they reason?’ nor ‘Can they talk?’ but ‘Can they suffer? All animals have the ability to suffer in the same way and same degree as the humans do. They feel pain, pleasure, fear, frustration, loneliness, and motherly love.

Therefore, animals should be granted the same rights as human beings. Scientifically animals exhibiting similar attributes to human beings and animals are akin to human and thus we should protect the animal rights merging with our own human civilization.