In a time when public healthcare should be made affordable, patients are forced to travel all the way to Imphal or turn to expensive private hospitals for reasons ranging for basic testing like ultrasound. 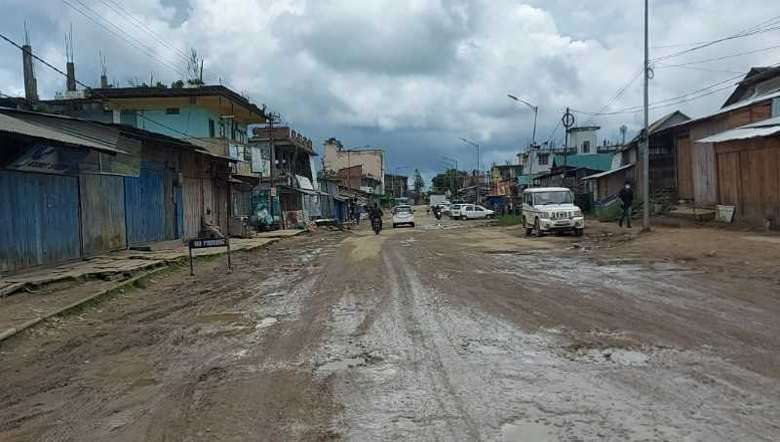 Ukhrul district hospital is barely in the race as hospitals across the state put up their best to fight the pandemic, the Tangkhul Mayar Ngala Long (TMNL), Ukhrul, stated.

Even as the district accounts for the sixth highest COVID-19 infected in the state with a current toll at 110 active cases, the staff of the lone district hospital in Ukhrul have their hands full, a release stated.

The Ukhrul District Hospital is currently a 50 bedded hospital with a capacity of 100 beds. Yet, even with the 50 bedded capacity, it is a shame how the state government has always kept the hospital short of medical equipment and health personnel, TMNL stated.

Manning a district hospital with just five specialists who visit just four times in a week (excluding the sonologist and radiographer), the medical officers are overworked, the release stated.

The hospital also faces a shortage of nursing staff with nurses numbering to just 17, one nursing superintendent and one sis-in-charge against the 35 nursing staffs that should have been employed, it added.

TMNL further stated that at a time when public health remains the utmost concern globally, such negligence from the state government should be considered an offence, and should not be tolerated. It mentioned that the Ukhrul District Hospital immediately requires four specialist doctors at the least, a medical specialist, a surgeon, an anaesthetist and an orthopaedic. One may recall the recent public uproar where a complicated pregnancy case was refused admittance at the District Hospital due to the absence of an anaesthetist, it stated.

TMNL questioned for how much longer should the public be turned against the scattered medical personnel when it is the fault of the government in the first place.

It alleged that the absence of a basic wing such as a Blood Bank clearly shows the negligence of the state department. For name sake, EGC and Ultrasound equipment are installed but with no one to man the machines, it stated. For a frequently required testing as X-Ray machine where a radiographer is required 24x7, there is only one posted, thus risking the lives of patients in emergency cases, it added.

In a time when the public healthcare should be affordable, patients are forced to travel all the way to Imphal or turn to expensive private hospitals for reasons ranging for basic testing like ultrasound. There have been uncountable cases where patients have died while on the way because the District Hospital had no medical personnel and/or equipment to treat the patient, it added.

The state government must be held responsible and answerable for this negligence and the step-motherly treatment that has been met out to Ukhrul district, TMNL stated.

The government must immediately take steps to fill the vacancies, increase the bed capacity and improve the medical equipment. The public shall no longer remain a mute spectator, it stated.

Shortage of doctors, nurses, medical equipment and facilities are nothing new to the district’s public healthcare system and such negligence from the part of the state government has caused several deaths, whether directly or indirectly, it added.