In connection with the incident, a complaint was lodged by section officer of Shree Shree Govindajee Temple Board, M Barish Sharma on Sunday. 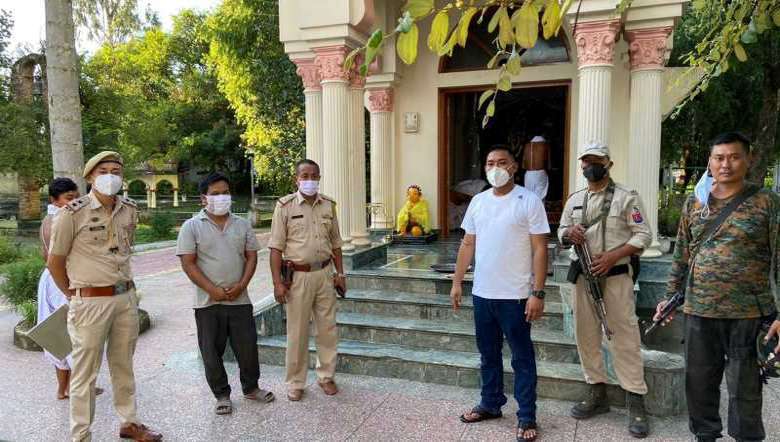 In a rare incident, Imphal East district police have arrested the ‘garot’ (caretaker) of Govindajee temple on the charge of stealing money from the chest kept inside the campus of Govindajee Mandir, Palace Compound, Imphal East on Sunday, police said.

It is reported that Dipak has been working as ‘garot’ (caretaker) in the temple for the last 10 years.

In connection with the incident, a complaint was lodged by section officer of Shree Shree Govindajee Temple Board, M Barish Sharma on Sunday.

The complaint mentioned that some amount of money from the chest of Mahadeva Mandir located in the premises of Govindajee temple was stolen on Saturday midnight.

A team of the said police station led by sub-inspector N Gavaskar and P Premjit arrested the culprit on Sunday from the campus of the temple itself. Police reported that one knife which was used while committing the crime and some coins were also recovered. Dipak was made to take COVID-19 test and found to be negative.