As no oil pumps are allocated for the general public, small dealers have been taking advantage of the lockdown situation and selling fuel to buyers at higher rates 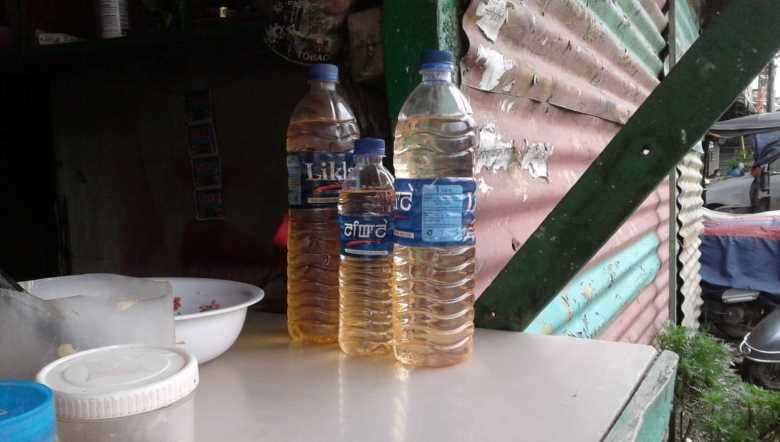 As the COVID-19 lockdown remains extended in Manipur till August 31 to contain the increasing spread of the virus across the state, small dealers continue to make hay while the lockdown last and black markets continue to thrive, particularly those selling petrol and diesel.

Although strict lockdown is imposed in the state and the general public are advised to remain indoors during lockdown to help contain the spread of the virus which is increasing by the day, essential services are exempted from the restrictions. At least 11 fuel stations of the total 37 oil pumps (IOCL data) in the state are allowed to open, but the fuel service is limited to frontline workers and essential services, according to the latest lockdown standard operating procedure. The selected 11 oil pumps are allowed to open for essential services from 7 am to 2 pm daily, excluding Sundays. This restriction pushes the general public to get petrol and diesel from the black market at higher rates.

As no oil pumps are allocated for the general public, small dealers have been taking advantage of the lockdown situation and drilling holes in the pockets of the general public by selling fuel at a much higher rates. On an investigation spree by the Imphal Free Pressin the valley, it was found that petrol and diesel are being sold in the black market at higher prices, ranging between 120 to Rs 160 and Rs 90 to Rs 120 respectively.

According to an order issued by the Consumer Affairs Food and Public Distribution (CAF and PD), the 11 oil pumps are allocated for different essential service departments by maintaining social distancing. On Thursday, two separate queues were seen in front of PCTC Oil Pump, Khoyathong in Imphal, capital of Manipur. One queue was for two wheelers and another for four-wheeler vehicles.

The general public are left with little choice, but to head to the black market

In view of the government restriction order, the general public have no option but to head for the black market for emergency cases. In several black markets, petrol is being sold in used mineral water bottles. Bottles with fuel can be seen being sold at small roadside shops and near oil stations in Imphal.

One fuel buyer told Imphal Free Press during an interaction at one of the shops selling petrol, “I am buying petrol for emergency; anything can happen during lockdown. Oil pumps are not allocated for general public but from where will we buy petrol during emergency. Though the rate in the black market is higher as compared to the rate at oil pump stations, we have to buy it.”

However, the black market rate today is not that high as compared to the times during economic blockade which the state had witnessed in the past years.

One of the oil black marketers told theImphal Free Press: “I am running my family by selling petrol and diesel. From the profit I get, I can easily manage my family. That was before lockdown. But with the imposition of lockdown, it has become difficult for me to sell the fuel. In view of the few customers, I have to increase the price to manage my family”.

But how did the fuel find way to the black marketers when petrol pumps are allowed to sell fuel only to frontline workers for essential services?

Loopholes always surface in every system and some make the best of them to their advantage. While the government may have imposed strict SOP for the betterment of the society as a whole, it may have failed to look into other aspects.

The state government has been issuing orders that price hike on essential items will be monitored but price on petrol and diesel have been increasing daily.

Will the police crackdown on black marketers of fuel?

Mentioned may be made that one assistant manager of an oil station of Hatta along with two other staffs were caught while selling petrol in jerry can. After giving them warning, they were released. The said oil station is not included in the list of recommended oil station issued by CAF and PD.

Entire Manipur has been under lockdown since March 24 when Prime Minister Narendra Modi announced nationwide lockdown in view of the COVID-19 pandemic. The state has been extending lockdown with relaxation in the restrictions as per the condition of the prevailing COVID-19 situation and issuing SOP accordingly.

In the latest government order, the lockdown has been extended till August 31 in view of the continued spike in COVID-19 cases across the state. On Friday, the state’s COVID-19 tally crossed the 5000 mark and the death toll reached 20 with the report of two more deaths.