While conducting inspection of the development works of the Asian Highway (NH-102), the MP advised the officials of NHIDCL to take up the work progressively. 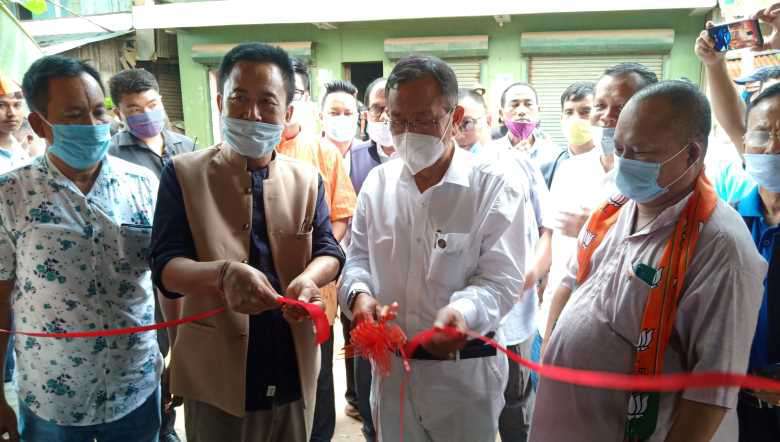 Member of Parliament, Lok Sabha (Inner Manipur), RK Ranjan Singh visited the border town, Moreh on Wednesday and carried out inspections on various infrastructure developments taken up in the district.

While conducting inspection on the development works of the Asian Highway (NH-102), the MP advised the officials of NHIDCL to take up the work progressively. He also expressed his satisfaction with the road conditions from Pallel to Khongkhang and assured that the remaining works will be taken up soon.

Ranjan visited the Integrated Check Post (ICP) at Moreh and checked its functioning. He also visited Sub-District Hospital, Moreh and after interaction with the doctors and staff of the hospital, he distributed 26 pieces of PPE to the hospital authority.

Later, he inaugurated the Election Committee Office of J. Khongsai, who is the by-election intending candidate of Moreh-B, 16 constituency of MDC/ADCC Chandel at Gamnom Veng Moreh.

While speaking on the importance of Moreh town as chief guest of the inaugural function, Ranjan said that Moreh being the gateway to South East Asian countries, Prime Minister, Narendra Modi takes the town very importantly. He continued that with the dream of Act East Policy, good road connectivity and various infrastructure developments will be taking shape in the town, followed by improvement in import-export between the neighbouring countries. Eventually, there will be growth in the economy of the country, he added.

He also stated that the COVID Care Centre which is opened at the sub-district hospital is functioning effectively with all the required staff and rapid testing facility.

While speaking to the media persons, the MP said that the ICP has all the required infrastructures and is well equipped but there is a need to increase the number of staff. Regarding the sub-district hospital, he stated that Moreh being the border town, all the required doctors and specialists should be kept in the hospital and assured that he will highlight the matter to the state government.