The KYKL Martyrs' Day is held as a tribute to the brave martyrs who laid down their lives in the self determination movement being undertaken against the Indian Union. 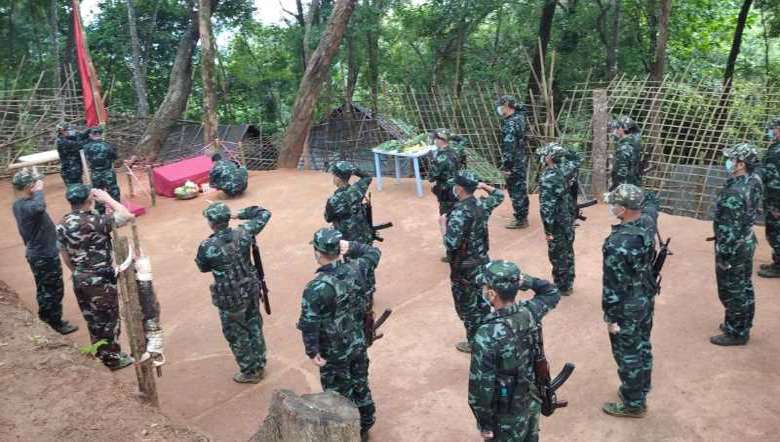 The proscribed Kanglei Yawol Kanna Lup (KYKL) has stated that the organisation has observed its 27th Martyrs’ Day on Tuesday to honour the brave martyrs who laid down their lives in the self determination movement being undertaken against the Indian Union.

A release signed by secretary, publicity and research A Yaiphaba has stated that the occasion was observed at the organisation’s 1st, 2nd, 3rd battalions, units, transit camps and across the ‘Western South East Asia (WESEA)’.  The day was observed with a vision for establishing a ‘Wesean’ common political and economic life by strengthening the freedom movement of the people who have been oppressed, it stated.

The main observation was held with the attendance of the commanding officer of the 1st battalion captain Dhana, ‘Meeyam-gi Yawol lanmee’ (MYL) and MFL/KCP’s chief of army staff H Ibomcha as president and chief guest respectively. MFL/KCP’s captain Robin also took part as the guest of honour, it added.

It stated that the central committee of KYKL paid floral tributes to the martyrs and observed a 1-minute silence to honour them. The central committee leaders lauded the front line health workers, civil bodies and others who are in battle against COVID-19, it added. Building an independent economy along with the revival of the ‘communitarian’ values which existed from the past, were stressed upon as a key to win the battle against the pandemic, the release stated. The objectives to be pursued and steps to be taken as per the new changes in the revolution were also deliberated. The leaders asserted that the most important objective is to sustain the sense of patriotism among the people and the revolutionary fighters, it added.