It is pertinent to have proper information, so that we can make more informed judgment about these issues. 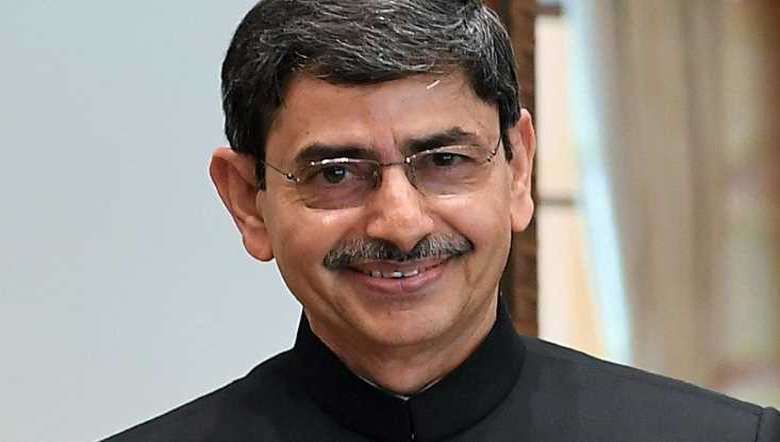 On August 12, 2020, an article by MIP-NSCN/GPRN was published in Nagaland Post accusing the interlocutor, RN Ravi, of “misdoings.” The article begins by stating that the present peace talks “...has come down in the modern history as the most high profile peace process in Southeast Asia...” Now this is quite a big claim made by the MIP-NSCN/GPRN, but if one looks into history or into other conflicts of similar nature in other parts of Southeast Asia, we will find that the Indo-Naga political talks is insignificant when compared to other high profile cases of the Karen, Shan, Kachin, Chin, and Taang people’s movement for self-determination and independence in Myanmar; or the secessionist movements in Southern Thailand and in the Mindanao region in the Philippines. Indeed, IM’s MIP do not even have to go that far, we have Kashmir. Surely the Kashmiri issues can very easily top the “most high profile peace process in Southeast Asia.” I do hope that MIP-NSCN/GPRN will do a more thorough research on history as well as on other civil conflicts not only within Southeast Asia, but also in India, before making such unsubstantiated and fabricated claims.

The most important concern, however, is the very title of the Framework Agreement. The title reads: “Framework Agreement between the Government of India (GoI) and the National Socialist Council of NAGALAND.” I have put “Nagaland” in capital letters to bring readers’ attentions to the significance of this specific word. As the title suggests, the word used is Nagaland, not NAGALIM. This reveals how the public are being misled and intentionally misinformed by those who allegedly claim to represent the Nagas.

The term NAGALIM generally refers to the entire Naga inhabited regions (including its ancestral domain) in Myanmar and across the four North-eastern states. In other words, the term itself signifies the Naga NATION. Nevertheless, India will never recognize any group of nations as a nation within its territory. At the most it will acknowledge the uniqueness of history and culture, since India is still insecure about the diversities that comprise its union. Thus, the key legal term printed in the Framework Agreement is not Nagalim, but NAGALAND, which is the legally recognized entity/state with defined boundaries and territory under the sovereignty of the Indian Constitution. To be very clear and specific, it simply means the issues of Naga integration and sovereignty are off the table and with it the issues of flag and constitution. After all, if there is no sovereignty and no integration, the question of separate flag and constitution does not even arise.

When Th. Muivah and Isak Chishi Swu of NSCN-IM signed the Framework Agreement on 3rd August 2015, they knew very well what they were signing and the consequences of their consent; they knew what were ditching. They should have protested to these provisos and should have informed the people; unfortunately they and, even NNPGs led by convenor Kitovi Zhimomi, instead chose not to and, what is worst, we believed them, demonstrated by the panic it aroused in Assam and Manipur fearing that the territorial integrity of their states will be compromised.

As deduced in many of my articles (published in newspapers across Assam, Manipur, and Nagaland), that one of the conditions for GoI to come into talks with NSCN-IM or NNPGs was the renunciation of integration and sovereignty issue. And when the Naga Political Groups agreed to abandon these issues, the framework was signed with IM, and ‘Agreed Position’ with NNPGs. This is why the title is a dead giveaway that integration and sovereignty are already compromised. Both NSCN-IM and NNPGs must now speak the reality of what is given up and what can be practically and realistically expected.

It is also significant to understand by now that RN Ravi is appointed, as a special emissary of the Prime Minister and answerable to India’s National Security Advisor, Ajit Doval, to attain GoI’s interest, not the Nagas. That is his job, as such there is no point complaining about the manner in which he attains India’s objectives. This is why he was also appointed as Nagaland’s Governor (‘Agent of the Centre’) to uphold India’s Constitution since the state’s law and order mechanisms were in shambles and had difficulty executing their functions per the law of the land.

Another significant point is that the title does not mention NSCN (IM) or (K) or (U) or (R), etc. Rather it only mentions “National Socialist Council of Nagaland,” which means that the GoI can sign and finalize the settlement with any group, and that settlement (with which ever group/s) will be deemed as a final settlement about the Naga political saga, full stop. Therefore, there is no reason why the GoI must sign and deal with only one group either IM or NNPGs, etc. Ravi can go and sign with as many splintered-groups as there are in Nagaland and whoever cooperates, benefits.

Furthermore, after the settlement, if any groups continue to struggle for the settled issues, they will be officially dealt per criminal law (i.e. “armed gangs,” etc.) and treated as law and order issues (which it already has). In other words, once the agreement is signed, even the NNPGs unrealistic claim about pursuing for Naga integration, sovereignty, etc. through democratic process will be seen by the GoI and the state government as “criminal” activities carried out by “armed-gangs.” Hence, the NNPGs must also make its stand clear and categorically be specific on this issue, rather remaining quiet.

Therefore, the complaint on omission of the “new” from the framework is insignificant, given that some of the fundamental demands (such as sovereignty, integration, etc.) have been given up, technically for all time, when IM signed the Framework Agreement and the NNPGs signed the ‘Agreed Position.’

Moreover, the commotion on “competency” is simply an excuse on the part of the NSCN-IM for miscalculating RN Ravi, who has managed to sideline them and their mouthpieces (civil organizations such as Naga Hoho, NMA, and NSF). The “competency” basically means that the signatories declare that each has fully participated in the negotiation of the Agreement by carefully reading and reviewing its terms and conditions (and if so desired, consult with legal consul since each has been given the opportunity to do so), and that each agrees to it for the purpose of making a full and final settlement/concession/solution to all matters/issues referenced in the agreement. There is no confusion here that NSCN-IM signed having fully participated in the agreement by carefully reading and reviewing (as they were well aware of the proviso) its terms and conditions (i.e. ditching integration/Nagalim) and agreed to (i.e. by signing the Framework Agreement by IM and Agreed Position by NNPGs) it for the final settlement. Hence, it seems NSCN-IM is trying to backtrack by modifying the “competency” clause, which they had agreed to when they signed the Framework Agreement; while, on the other hand, the NNPGs is staying quiet hoping the general public will not notice what they have done and are more than willing to let NSCN-IM get all the blame and discontent.

I suppose that the conflicting claims made by NSCN-IM, NNPGs, and the GoI suggest that the “underground groups” in Nagaland are now pushed to the corner and are desperate. They had miscalculated RN Ravi and GoI’s ploy to placate their involvement in the internal affairs of the state government apparatus that has sucked dry the developmental resources and contributed to create a corrupt environment where rule of law seem to be far cry. This is made worse by the fact that numerous civil society organizations and NGOs have picked sides, and now serve as a mouthpiece for one group or the other, instead of communicating the public with right and proper information so that prudent decision can be made. For instance, the Naga Mothers’ Association (NMA), Naga Students’ Federation (NSF), and Naga Hoho (a defunct organization), which serves as the mouth piece for NSCN-IM, have criticized RN Ravi for “misdoings,” and other accusations that really does not hold water. Indeed, the obsolete Naga Hoho officials paid a visit to the Minister of State for DoNER to discuss about the Naga peace talks. This visit only illustrates not only how badly informed these officials are since they cannot differentiate which union ministry is handling the Naga peace talks, but, more importantly, demonstrates that they are doing this for publicity purposes to gain political mileages for their future political careers.

I do hope my humble estimations about this current predicament of he-said-she-said to be proven wrong. I nevertheless do urge readers to prudently examine the situation for the well-being of people across four Northeast states is at stake. Hence, it is pertinent to have proper information, so that we can make more informed judgment about these issues.