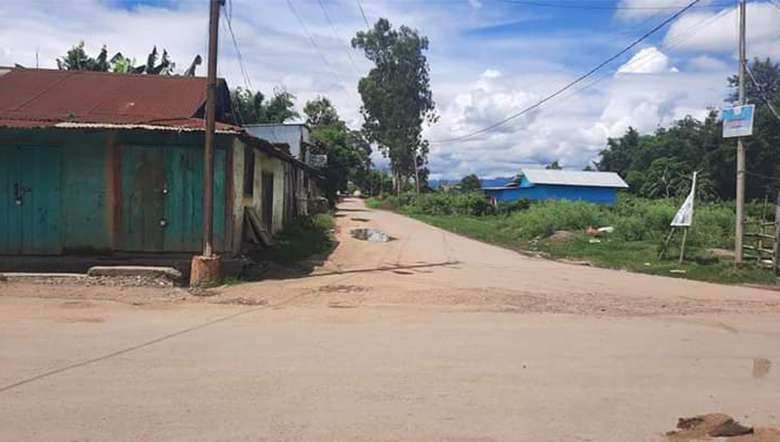 Heirok part-2 Bazar Ward No 6 is among the eight zones where containment measures have been lifted from Thoubal, Manipur on August 17, 2020 (PHOTO: IFP)

As per the order, the containment measures were enforced in the said eight geographical areas under para 12 of ''The Manipur Epidemic Diseases, COVID 19 Regulations, 2020'' due to the detection of COVID-19 positive cases on July 21 and 29 July and August 1,2,3, and 5.

The order mentioned that the concerned persons were admitted to Covid Care Center, Thoubal on the said dates and all the remaining persons in the containment area were put under active surveillance. After following due protocol for containment and testing for the contacts,

Meanwhile, Sangaiyumpham Higher Secondary School (Block A- Ground floor) of Khangabok Assembly Constituency has been declared as containment zone on Monday by an order of the Deputy Commissioner Thoubal.

It is said in the order that the announcement was made following a report that one resident of Thoubal district who has been accommodated in the said school used as quarantine centre had been tested COVID-19 positive.

The order also stated that in view of the impending threat of COVID-19 pandemic in the area, it has become expedient to issue containment measures to prevent spread of the disease in the area.