Since Government’s legitimacy was in question, it was only proper that a positive vote of confidence was sought for and given. To argue that a Motion of No-Confidence must get precedence even in such situation would indeed amount to begging the question 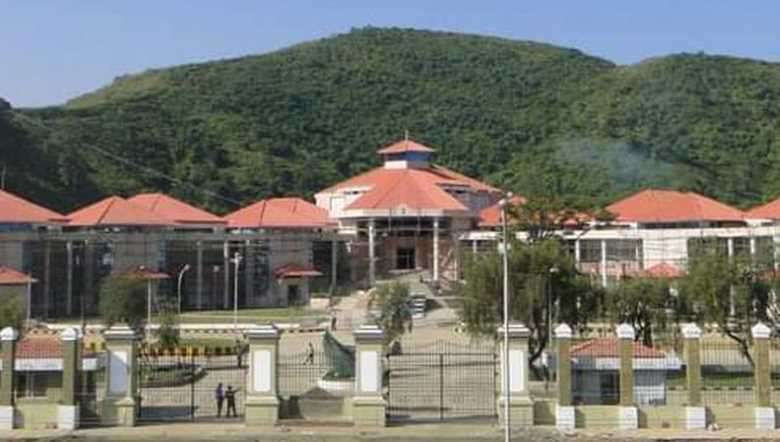 Recently, a local newspaper in Manipur, published an article on July 28, 2020 with the headline - “Congress files no trust motion in Assembly Secretariat” - with further statement that the petition seeks a no trust motion relating against the Council of Ministers led by N.Biren Singh.

A series of Notice of No-Confidence Motion was moved by a few Congress MLA’s, one after another, seeking a floor test, on the ground that the Council of Ministers led by N Biren Singh did not have the required numbers and support in the Manipur State Assembly.

“That, this house expresses its confidence in the Council of Ministers”.

In the letter No.3/2/(2)/2017-LA(Legn) dated 8 th August,2020 under the heading “Motion of Confidence”, circulated to all the Members of Manipur Legislative Assembly, the said Motion of Confidence was included in the List of Business for the One Day sitting held on August 10, 2020.

It may be recalled that a one-day session of 7 th November,1990 was specifically called in pursuance of the Presidential directive to Shri V.P. Singh to prove his majority which he could do so through the adoption of a Confidence Motion, though 18 Notices of No-Confidence Motion were also received. The reason for Confidence Motion getting priority is obvious, as applicable in the present case of Shri N.Biren Singh led Council of Ministers.

According to Rule 35, of The Rules of Procedure and Conduct of Business in Manipur Legislative Assembly, the Government Business has precedence over other business on days alloted for the transaction of Government business.

Both types of motions were in fact two sides of the same coin, and both fell within the ambit of Chapter XV of The Rules of Procedure and Conduct of Business in Manipur Legislative Assembly dealing with “Motions” and both the motions has to satisfy the conditions laid in the Chapter.

The No-Confidence Motion, in addition, has to satisfy the conditions laid down in Rule 311 which inter alia provides for restrictions that the (i) leave to make the motion shall be asked after questions and before the list of business for the day is entered upon, (ii) the member asking for leave shall, before the commencement of the sitting for that day give to the Secretary a written notice of the motion which he proposes to move, (iii) If the motion is found by the Speaker to be in order, before granting leave he may read the motion and request not less than 10 members to rise in support of the motion, and failing which he may otherwise inform refusal of the leave, (iv) After leave is granted, declare that the motion will be taken upon such on such day, not being more than ten days from the date on which the leave asked for as he may appoint, and (v) if leave is granted, Speaker may, after considering the state of business in the House, allot a day or days or part of a day for discussion of the motion.

As regards Confidence Motion, on the other hand, such restrictions are absent and Rule 133 dealing with motions in general is relevant and it provides:

“The Speaker may, after considering the state of business in the House and in House and in consultation with the Leader of the House, allot a day or days or part of a day for the discussion of any such motion.”

Since Government’s legitimacy was in question, it was only proper that a positive vote of confidence was sought for and given. To argue that a Motion of No-Confidence must get precedence even in such situation would indeed amount to begging the question.

The proceeding of Trust Motion

The Trust Motion was moved by N Biren Singh, highlighting the need for moving the same and seeking the support of the House to continue reposing trust and support to the Council of Minister, in a speech lasting about half an hour.

Thereafter, in reply, O Obobi Singh, as Leader of the Opposition, at the very outset, counting the numbers of Congress MLA’s sitting in the Opposition Bench, verbally acknowledged that the numbers were clearly in favour of Council of Ministers and hence, accepted that the Trust Motion is as good as passed. However, several MLA’s of Congress, one after another, addressed the house running into more than five hours. After conclusion of the discussion, the Speaker finally decided that the question being raised regarding the

Trust Motion will be determined by a voice vote.

Now, an uncalled for controversy is sought to be raised regarding the Speaker requiring the decision of the House, on the Trust Motion of the ruling Council of Ministers, to be decided by means of a question put by Speaker and collecting the voices both of the Ayes and of the Noes on that question. The Speaker’s decision is perfectly in line with the provision contemplated in Rules 332 to 334 of The Rules of Procedure and Conduct of Business in Manipur Legislative Assembly. Neither, does the Rules provide specifically that a decision in a Trust Motion can only be done by a Division as provided in Rule 360 or that the Speaker cannot adopt Rules 332 to 334 in regard to collecting the votes by voice votes in respect to a motion on a matter requiring the decision of the house.

A blind reliance on law settled by the Supreme Court in the case of “Shivraj Singh Chauhan vs Speaker, MP Legislative Assembly; Ors.” cannot be of any help to the Opposition Congress as the facts of the said case and applicable Rules of Manipur State Assembly are different. Before holding of the floor test, the  Supreme Court had given clear cut directions, inter alia also reaffirming the Governor letter dated March 15, 2020 and accordingly directing that voting on agenda shall take place by show of hands, based on Governors clarification that there is no provision for recording the division by press of the button. There is no such intervention by the Governor or direction by the Court in respect to the Trust Motion held on August 10, 2020 in Manipur State Assembly.

The practice of taking decision of house by “Voice Votes” in Confidence Motion had also been done in Karnataka State Assembly, when the Karnataka Chief Minister B S Yediyurappa won the Trust Vote by a voice vote on July 29, 2019. The same is not a new affair, needing controversy. The recent mass resignations of several Congress MLA’s after the Trust Motion, itself speaks volume of the effective strength of Congress MLA’s in the State Assembly, who still trust and support the Congress party.