Remembering the forgotten Heroes - while we dampen their dreams and aspirations

India had sailed through the impenetrable in its struggle for independence, and therefore it is extremely unfortunate today that we are to only celebrate the persons and not their personalities. 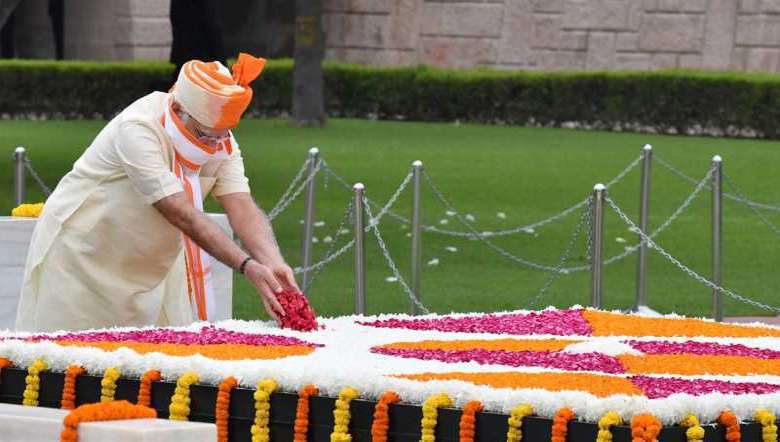 As India celebrates its 74th year of Independence today, it is extremely unfortunate that it has over the years slowly forgotten its heroes who had given their lives for this land and country. It is unfortunate that we have decided to slowly erase the valour of the great battles from our history books. In fact, we as a country have come to downplay the once glorious sacrifices of our founding fathers, the pioneers of this great nation.

Rightly termed the first war of Independence, the Indian Revolt of 1857 was the first major event that called and awakened the people of India towards the idea of freedom. Since then, for over almost a century until India was finally freed from the British Colonial power, India had sailed through innumerable struggles in its quest for freedom.

From the days of Mangal Pandey to the days of Mahatma Gandhi, India has had many heroes who valiantly laid down their lives for the great cause of the country. The lands that we call our own today were once traded with the blood of thousands who sacrificed their lives. The freedom that we enjoy, and all that our country offers us today were all paid with the lives of our brave forefathers. We cannot forget that even in the Jallianwalla Bagh massacre alone 379 people were killed and over 1,200 other people were injured when British Indian Army fired their rifles into unarmed Indian civilians.

These great heroes have fought and laid down their lives with a dream. They struggle and fight so that we have freedom, and so that we do not suffer like them. They fought because they know that they do not want the same life that they lived for us. These great heroes fought for our future. They have dreamt of a free and prosperous India, a country that will be inclusive and will be liveable for all.

It would be impossible to count how much Indians have given their lives for the cause of freedom. Shashi Tharoor, an acclaimed author and parliamentary member from Kerela since 2009, claims that Britain is responsible for the death of 35 million Indians. In addition, the British aggressive policies must have made many of our countrymen victims of the most intolerable forms of violence and crimes.

It is clearly understandable from these brief recollections that our country had sailed through the impenetrable in its struggle for independence, and therefore it is extremely unfortunate today that we are to only celebrate the persons and not their personalities.

Today, we are celebrating their sacrifices, while we dampen their dreams and aspirations. We worship their images while we mock their principles and ethics. We pay tribute to their souls while we disrespect their visions. We glorify their sacrifices while we defile their morale. We are loyal to the country while we are traitors to its people. What an irony and what a lie to stand up for the country and work towards its downfall.

Let us remember our Heroes today. Let us remember Mahatma Gandhi, the father of our Nation. Let us remember his principles of “ahimsa” and stop all forms of unnecessary violence against ourselves with a narrow divide. Let us also remember Jawaharlal Nehru, Dr. B R Ambedkar, S.C. Bose, Sardar Vallabhai Patel, Dr. Rajendara Prasad, Bhagat Singh and all who had once fought that we could enjoy our freedom today.

Let us once again take a pledge: that we, the people of India, have solemnly resolved to constitute India into a sovereign, socialist, secular, democratic, republic, and to secure to all its citizens justice –social, economic and political; liberty of thought –expression, belief, faith and worship; equality of status and of opportunity; and to promote among them all fraternity, assuring the dignity of the individual and the unity and integrity of the nation.

As we celebrate our 74th Independence day, let us all be reminded of our forgotten heroes. Let us all be reminded of their values, their ethics and principles clearly laid down in the Constitution, because the Constitution alone is our religion as a Nation. Let us worship and adore it so that we, as a nation, irrespective of what caste, creed, or race we belong to, can and will enjoy the true sense of freedom and that we live everyday with the true essence of independence.

Let everyone take pride in being an Indian, not just the Hindus and the majority, as we pay tribute to the Heroes of our great nation.