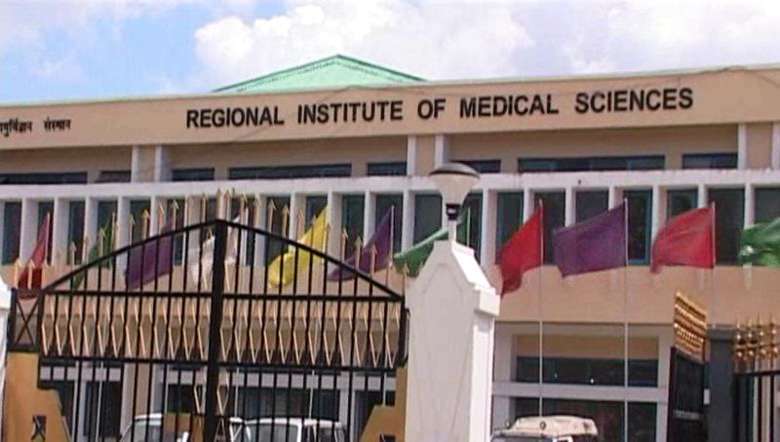 Charging the death of a COVID-19 positive patient at RIMS on Thursday morning as complete negligence of the hospital authority, six student bodies have drawn attention to Chief Minister N Biren Singh and RIMS authority to take action against the irresponsible health professionals.

A release jointly issued by the Apunba Ireipak Maheiroi Singpang Lup, the Democratic Students' Alliance of Manipur, the All Manipur Students' Union, the Students Union of Kangleipak, the Manipur Students' Federation and the Kangleipak Students' Association have alleged that the death of the patient at the Regional Institute of Medical Sciences (RIMS) was due to lack of oxygen. The instance clearly shows the negligence of health professionals in their duty, it added.

There was not a single health professional or technician to change the oxygen cylinder at that critical situation. The inmate even tried to call them through telephone but it was not responded, it alleged.

The release further alleged that the irresponsible act of health workers is the root cause of the death of the patient.

The chief minister and RIMS authority should not take the case very lightly. The health professionals who have their duty at that time should be punished so that the inhumane incident may not recur in future, demanded the students’ bodies in the release.

While appealing to private and public hospitals to treat non-COVID patients as an emergency case without fail, it stated that the students' bodies will take the matter very seriously if any eventuality happens in future due to denial of treatment.

Meanwhile, the RIMs authority has clarified that the said person was suffering from COVID-19 after contracting the virus. A release issued by medical superintendent Ch Arunkumar Singh stated that the person also had hypertension and obesity. He suffered from Pneumonia due to COVID-19 and died of Acute Respiratory Distress Syndrome (ARDS), it added.

However, in a report published by a local daily, the wife of the deceased claimed that her husband died of lack of oxygen, though there is no lack of oxygen cylinders and oxygen in RIMS hospital, the release stated.

In reality, oxygen cannot enter into lungs of the patient because of underlying lung pathology due to COVID-19 related Pneumonia, it further stated. Since admission, RIMS has been giving best available medications to counter the pneumonic consolidation. RIMS even procured expensive antiviral medicines for the said patient, it added.

The release also appealed to the people of the state to inform the students’ bodies if any hospital denies giving treatment to the patients.