Patriots' Day reminds us that we only succeed when we work together: Governor Najma Heptulla

Manipur celebrates Patriots’ Day every year on August 13 in memory of those who laid down their lives in the Anglo-Manipuri war of 1891. 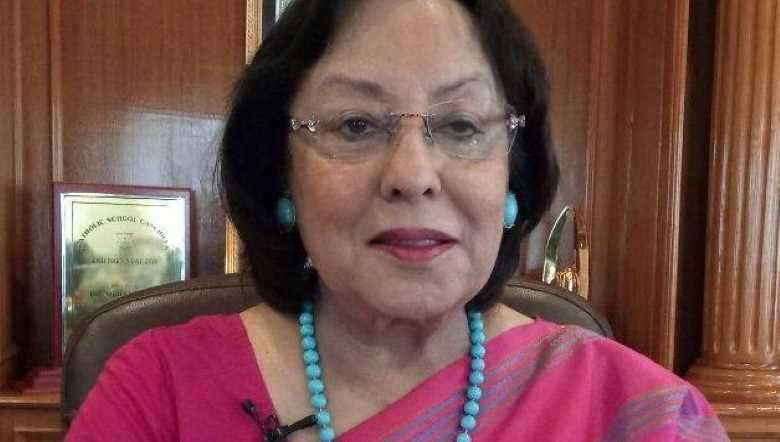 Manipur state leaders, including Governor Najma Heptulla and Chief Minister N Biren Singh conveyed their best wishes to the people of Manipur on the occasion of Patriots’ Day 2020.

In her message, the governor stated that Patriots’ Day is celebrated every year on August 13 in memory of those who laid down their lives in the Anglo-Manipuri war of 1891. The brave souls made supreme sacrifice for the love of freedom of their motherland and some were banished for life from Manipur, it said.

“The day also reminds us that we only succeed when we work together as starkly evident from British ‘divide and rule’ which they used effectively for their benefit. We should all take the pledge to stand as one against all challenges to freedom and integrity of our country rising above caste, creed or religion while observing the Patriots’ Day,” the governor stated.

Chief Mnister, N Biren conveyed his best wishes on the occasion with his message that the people “must not forget the highest acts of patriotism of our fore-fathers and use it to guide in facing various divisive forces acting from within and outside”.
This day in 1891, Bir Tikendrajit and Thangal General faced gallows valiantly after taking lead roles in resisting British forces, he stated. The day reminds of the sacrifices made by hundreds of soldiers fighting against British despite eminent defeat, it added.

They fought courageously till their last breath with the mighty British Empire and laid down their lives so that the people could hold their head high even when defeated, it added.

Titular King and Member of Parliament Sanajaoba Leishemba also wished the people and said, "The supreme sacrifice and great courage of our forefathers will always be remembered, generation by generation, on the coming of this sacred day. The present generation needs to follow the path shown by our brave heroes and those unknown soldiers who laid down their lives for the protection of our motherland's independence...I salute to the then great sons of Manipur".

Works Minister Th Biswajit Singh stated in his message, “We should stand united for peace and development irrespective of caste, creed and religion”.

The COVID-19 pandemic has profoundly impacted the entire world, presenting an unprecedented challenge before all, it stated. This festival should inspire the people in their collective fight to defeat the pandemic, Biswajit stated.

“We must all pledge to contain the spread of the disease by following SOPs like maintaining social distancing, wearing masks, avoiding large gatherings for the larger interest of the people, it added.

Forest Minister Awangbow Newmai conveyed his tribute to the brave forefathers of the state “who made supreme sacrifice for the motherland during the 1891 Anglo-Manipuri war”.

In his message, the minister stated that the people of the state must pledge together to unite and bear the same indomitable and unconquerable spirit and stand united to fight against social evils to maintain peace, prosperity and tranquillity in the days to come.