The reason Manipur could not take part in the global race for development, its backwardness in every sector is because it is yet to achieve independence like India. 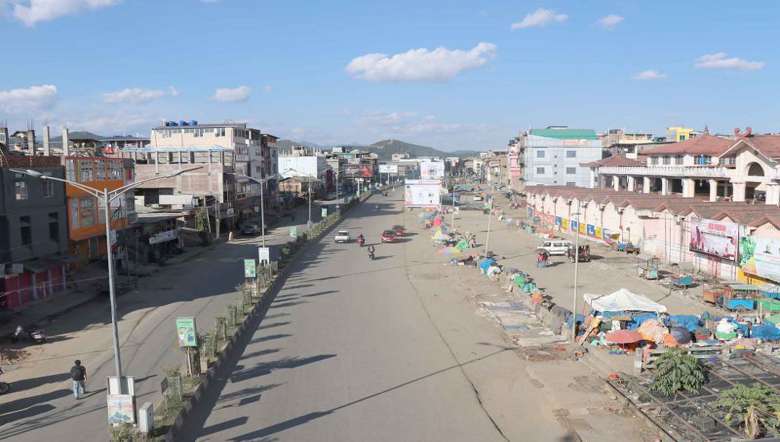 The proscribed umbrella organisation CORCOM has stated that the organisation will impose a total shutdown on August 15 from 1 am to 6.30 pm as it has been every year. Medical and essential services, electricity, water supply, fire services, media and matters related to faith will be exempted from the general strike.

CORCOM has stated in a release issued by media coordinator M Sak-hen that for Manipur, August 15 is a sad day when the public is reminded they too were once independent. India’s independence has nothing to do with Manipur, it stated.

The reason Manipur could not take part in the global race for development, its backwardness in every sector is because it is yet to achieve independence like India, CORCOM stated.

For the past 71 years, Manipur has been existing as a colony of India after it was forcefully annexed as a part of India’s expansionism in October 15, 1949, the release stated. Therefore, there are absolutely no grounds for the people of Manipur to celebrate the Independence Day of India, it added.

When Prime Minister Narendra Modi said, “the age of expansion is over” on July 3 in Ladakh, it seems he believes that no one will ever come to find out about India’s acts of expansionism in ‘Western South East Asia (WESEA)’ or thinks that they can have their ways of doing anything as per their wish in the region, CORCOM stated.

Modi further said, “It is the time for development and progress” but in truth, he was trying to cover up India’s oppression and greed from the eyes of the world, the release added.

At one time, there were a total of 565 independent princely states, each having its own unique and distinctive history, culture, traditions as well as territories. Most of these states were not under the British India. Although small, Kangleipak (Manipur) was thriving as an independent nation in the ‘WESEA’ region, CORCOM stated.
India forcefully merged Manipur in an unlawful manner by signing the ‘The Manipur Merger Agreement, 1949’, the release stated. Manipur was not easily merged into India as it used military force. This has been proven by Sardar Patel’s words, “Don’t you have a Brigadier in Shillong?” He realised  that the people of ‘WESEA’ are different in various aspects. In 1950, he expressed his views that the people of Nepal, Bhutan, Sikkim, Darjeeling, tribal areas, Kalimpong and Assam are settled by Mongoloid races and India should not trust these people.

As a part of India’s strategic expansion, the Kabaw Valley of Manipur was given away to Burma, the release stated. To this day, Manipur’s borderlands continue to face loss, it added. Sikkim, which was an independent nation, was also robbed of its special provision as per a law forcefully enacted at Parliament through a veil of secrecy, it stated. India’s oppression of the people of Kashmir in the name of democracy is known by the world, it added.

Former Prime Minister of India, Manmohan Singh himself had admitted that AFSPA is an inhuman law, CORCOM stated. Such a law has been enforced on nations which have lost its independence and in the name of suppressing the self-determination movements but actually oppressing the innocent civilians by committing atrocities on the people, including women, by the Indian Army, the CORCOM added..