State Shiv Sena president M Tombi said that the political party which is raising the motion is prioritizing on their own benefits instead of considering the present scenario of people suffering due to the spike of COVID-19 cases in the state. 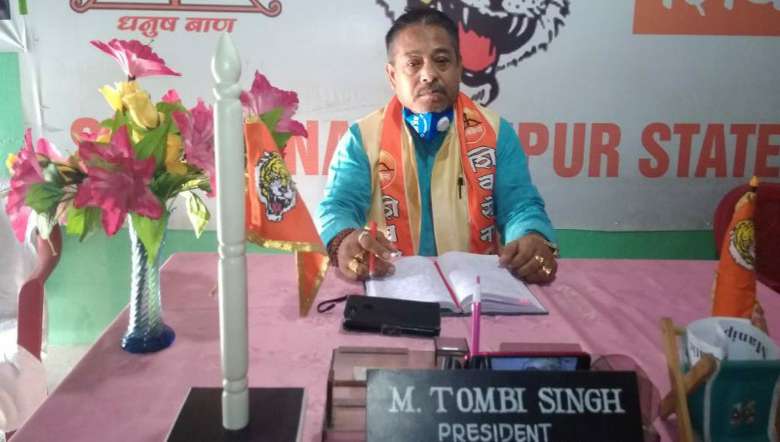 The Manipur Shiv Sena on Tuesday expressed condemnations for raising a ‘no confidence motion’ on the floor of Manipur state assembly’s monsoon session while alleging the political parties of ignoring COVID-19 issues.

Speaking in a press conference held at its state party office located at Babupara, state Shiv Sena president M Tombi said that the political party which is raising the motion is prioritizing on their own benefits instead of considering the present scenario of people suffering due to the spike of COVID-19 cases in the state.

He said the MLAs are elected by the people with the hope that they will bring some development and welfare at the time of need.

Instead of discussing for ‘no confidence motion’ at the state assembly, they could have charted out a solution or hammer out measures to deal with the number of rising COVID-19 cases, he added.

Tombi said MLAs of the opposition bench faced shame in the house due to their cheap politics of giving priority on vested interests instead of being concerned on the people who are suffering from the pandemic.

Although the recovery rate of COVID-19 patients has been increasing, the number of deaths and positive cases are also increasing at an alarming level. Even one MLA has been tested positive with novel coronavirus, he further said while adding various healthcare workers and others who are working on the frontline have been tested positive. The step of moving ‘no confidence motion’ at this moment could be taken as against the people of Manipur, Tombi asserted.

Mention may be made that though the opposition bench moved for a ‘no confidence motion’, a ‘motion of confidence’ was also included in the list of business on the house.

He further urged the state and central government to conduct mass testing for the people staying in containment zones to prevent local transmission. If the policy is strictly followed, the state could be prevented from being a red zone, he added.