The BJP-led coalition government won the confidence motion moved by the chief minister through voice vote. 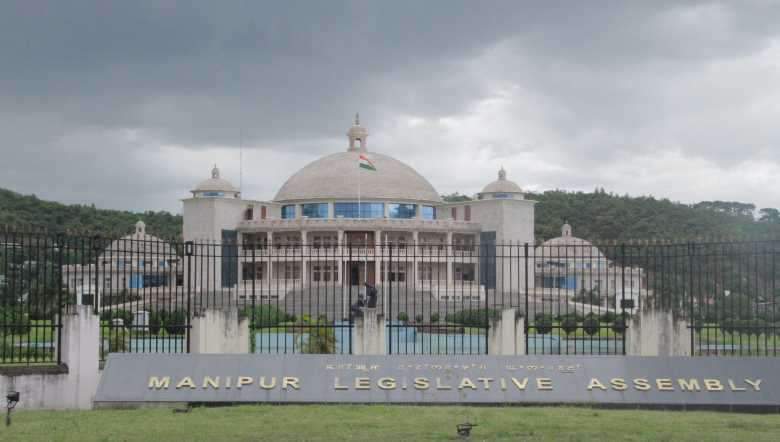 Manipur Chief Minister Biren-led Bharatiya Janata Party (BJP) government won the confidence motion moved by the chief minister through voice vote after an intense protest from the opposition bench against the Speaker’s decision to hold a voice vote during the monsoon session on Monday.

The one day monsoon session began with the obituary reference of the late members of the House. Soon after, Congress Legislature Party (CLP) leader Okram Ibobi Singh drew the attention of the House Speaker’s to take up the trust motion moved by the chief minister. However, the Speaker adjourned the session from 12.55 till 2 pm for lunch break after the chief minister suggested that the proceeding should carry on as per the business list. The CM’s comment followed after the Speaker sought his suggestion to Ibobi’s request.

After resumption, Biren moved his confidence motion on the floor for voting during which he highlighted the achievement of the BJP-led government in the past three and a half years ranging several multi-crore drug seizures and the Rs. 3,000 crore water supply scheme inaugurated by the Prime Minister Narendra Modi.

Opposition leader, Okram Ibobi Singh, however, contended that the present government has no transparency with regards to its governance. Ibobi branded the BJP government a “dictatorial regime” run by one person.

“Though the government has completed over three years, it has no frontal name. Out the total council of ministers 90 per cent of them are not satisfied with the government”, alleged Ibobi.

He opined that if the present government continue with its dictatorial style of regime the five years rule of the BJP would go down in the history of Manipur as the “darkest period”.

Later, when opposition MLA Lokeshwar strongly reacted against the confidence of motion, the Speaker once again adjourned the House for another 30 minutes till 6.55 pm.

After the session was resumed, the Speaker informed the House that a voice vote will be initiated in connection with the confidence motion. The Speaker explained that the voice vote was initiated taking into consideration the numbers of the ruling bench which holds the majority.

Two Congress legislators, Lokeshwar and AK Mirabai, went to the extent of displacing their chairs on the floor of the House showing their discontentment as the Speaker began proceedings to pass the confidence motion. After the motion was passed in favour of the ruling the House was adjourned ‘sine die’.

Altogether eight of the 24 Congress legislators did not turned up despite the whip issued by the party to attend the session without fail and vote against the trust motion moved by CM Biren. As for the ruling bench, all the 29 members including the Speaker, 18 BJP, four each from NPP and NPF, one each from Trinamool Congress and Lok Janshakti, and independent attended the session.