There are about 600 geothermal springs, which cover about 10,000 square km in the Garhwal region of Himalaya. 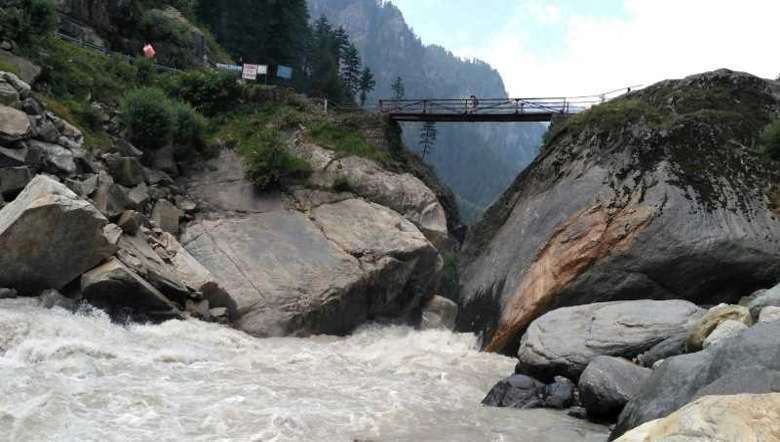 About 600 geothermal springs, which cover nearly 10,000 square km in the Garhwal region of Himalaya, show a significant discharge of carbon dioxide (CO2) rich water, a team of Indian scientists say. They also say that the role of the geothermal springs in regional and global climate, as well as the process of tectonic driven gas emission, needs to be considered while estimating emissions to the carbon cycle and thereby to global warming.

The finding of the team of scientists from the Wadia Institute of Himalayan Geology was released by the Union Ministry of Science and Technology on August 10.

The team investigated and characterised the gas emissions from these springs. The estimated carbon dioxide degassing (removal of dissolved gases from liquids, especially water or aqueous solutions) flux is nearly 7.2 ×106 mol/year to the atmosphere.

It may be noted that Carbon outflux from Earth’s interior to the exosphere through volcanic eruptions, fault zones, and geothermal systems contribute to the global carbon cycle that effects short and long term climate of the Earth.

The study, published in the journal Environmental Science and Pollution Research, suggested that CO2 in these thermal springs are sourced from metamorphic decarbonation of carbonate rocks present deep in the Himalayan core along with magmatism and oxidation of graphite. Most of the geothermal water is dominated by evaporation followed by weathering of silicate rocks. Isotopic analyses further point towards a meteoric source for geothermal water, the study states.

The team of scientists carried out detailed chemical and stable isotope analysis of water samples collected from 20 geothermal springs from major fault zones of Garhwal Himalaya. Isotopic measurements (identification of the abundance of certain stable isotopes and chemical elements within organic and inorganic compounds) such as Dissolved Inorganic Carbon (δ13CDIC ), and Oxygen (δ18O) along with major ions were analysed for all the samples, the ministry stated in a PIB release.

According to the release, the scientists found that the geothermal spring water contains high Dissolved Inorganic Carbon δ13CDIC ratio (− 8.5‰to + 4.0‰VPDB), and among the major ions, bicarbonate (HCO3−) varied between 1697 to 21,553 μEq/L; chloride and sodium ranged between 90 to 19,171 μEq/L and 436 to 23181 μEq/L. A high concentration of Cl− and Na+ in geothermal spring waters indicated its deeper source, the study states.

Simulation studies done by the WIHG team suggest that these geothermal springs have the potential to degas~7.2 × 106 mol of CO2 per year to the atmosphere. Estimated flux from this study is comparable to release of CO2 during the uplift of the Himalaya (~1011 mol/year) and sub-aerial volcanism (1012 mol/year) in the atmosphere. Such CO2 degassing should be taken into account to assess global carbon outflux in the earth’s atmosphere.