Proposal to set up Slopeland Research Institute in Senapati 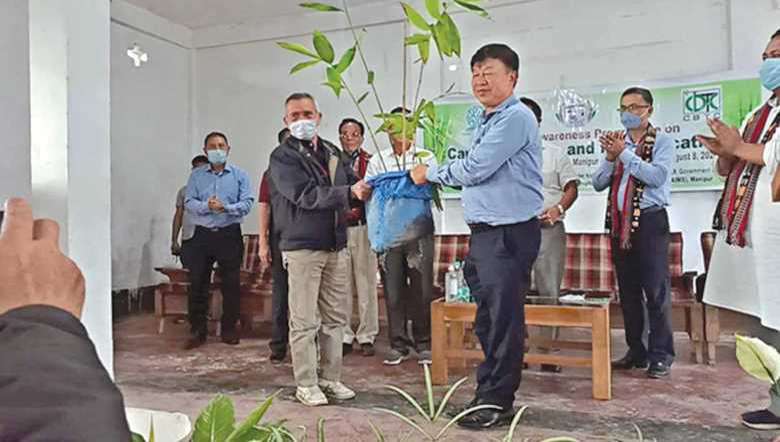 A Slopeland Research Institute is being proposed to be set up at Senapati district in Manipur, said MP RK Ranjan at an event in Senapati.

During the programme, apart from the distribution of bamboo, coconuts, avocado, beehive boxes, piglet and sprayers, Chief Minister-gi Hakshelgi Tengbang (CMHT) cards were provided to the villagers, it stated.

Many demanded to organise more awareness programmes on cane and bamboo in the remaining district of Manipur especially in Tamenglong, Churachandpur, Chandel, Noney, Jiri, Ukhrul, Kangpokpi, Pherzawl and Kamjong districts, it added.

Before the programme started, both the MPs visited the sites where land subsidence occurred, the release stated adding the villagers of the area are taking refugees to the neighbouring areas due to its vulnerable situation.

During the investigation, there was a geologist and seismologist experts from Manipur University and the exact cause of subsidence will be found out soon, it added.

The awareness program was conducted with support from Cane and Bamboo Technology Centre (CBTC), Guwahati, Assam under North Eastern Council, Ministry of DoNER, Government of India.