The inter-village road that connects Lamjao and Hiyanglam of Kakching district has been named as ‘Bokul Road’ after planting 180 numbers of Bokul saplings. 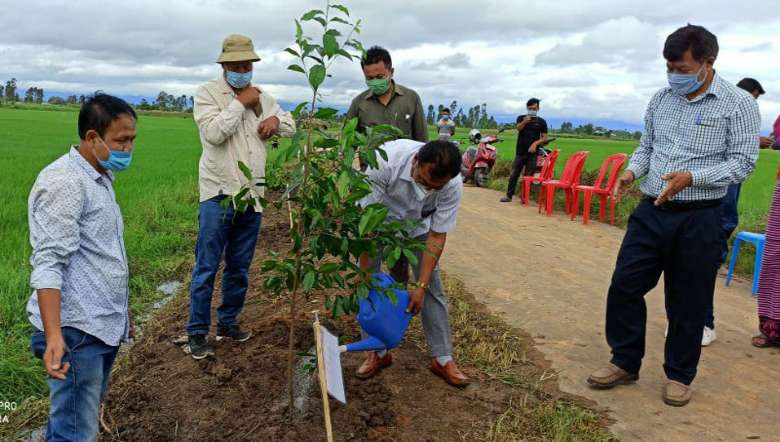 The inter-village road that connects Lamjao and Hiyanglam of Kakching district has been named as ‘Bokul Road’ after planting 180 numbers of Bokul saplings of the same species at both the roadsides of the road stretch.

The event of mass plantation of the trees and naming of the road was organised by Lamjao Part (I) Development Association.

Speaking at the event, MLA of Hiyanglam assembly constituency, Y Radheshyam, who is also the chairman of MANIDCO lauded the club for taking up the great initiative and also explained in detail about the medicinal benefits of Bokul trees. The MLA also requested the volunteers of the local club and general public of the area to make the plantation fruitful.

Radheshyam also told the public that during the crucial stage of pandemic COVID-19, fencing of respective areas would not bring any containment measures or solutions, rather it would create only hindrances. People should maintain proper SOP guidelines and join hands to defeat the dreaded COVID-19, he appealed.

Forest range officer of Kakching, Naorem Munal Meitei said that although the stage of COVID-19 transmission is crucial, the environment should also not be left out. People should combat the dreaded COVID-19 together and also ponder over saving the environment, he pleaded.

He said that during the crucial time, the development association of Lamjao Part-1 had profoundly performed an effective work of planting 180 numbers of  Bokol saplings along the stretch of two kilometres long road and named it as ‘Bokul Road’.